by Thomas May
published: 6 Aug 2012 in Album Reviews
Tweet 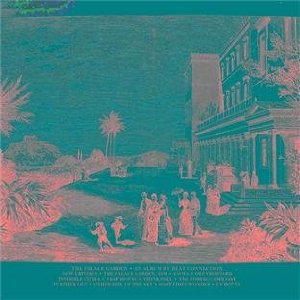 It’s all too easy to dismiss music like this: the gauzy synths, the gleaming major chords, the stoically delivered vocals, the pulsing, regular beats. Every aspect of The Palace Garden, Seattle-based group Beat Connection’s debut full length, meshes seamlessly into a post-Chillwave soundscape of softly coloured, hazy dream pop, lending the album a vague air of insignificance. Yet, if this record fails to immediately announce itself as a work of substance it is only because Beat Connection have been so successful in creating an instantly digestible and welcoming set of songs – a feat that should not so readily be ignored.

Beat Connection’s sound is something like the slow motion bleed and subtle hues of Washed Out recast in bolder shades of primary colour. Indeed, although some mention of Chillwave is inevitable when discussing The Palace Garden, Beat Connection inject just enough vitality and contrast into their music to avoid being written off as yet another opportunist latecomer to genre. The brightness of its synths and exuberance of its melodic bass lines propel The Palace Garden with an endearing naivety and earnest warmth, breathing life into the album in such a way that should persuade even the most entrenched of dream pop cynics.

Lead single Palace Garden 4AM combines vague allusions to long summer evenings and young love with a glittering background of transparent vocal harmonies and tumbling synths in a heady, swirling coalescence of melody and momentum. On this track, as with all of the record’s most memorable moments, parallels to the songwriting of The Shins’ James Mercer would be particularly apt, recalling the weightless melodic contours found on his records Chutes Too Narrow and Wincing The Night Away. Yet the connection runs deeper than any surface level similarities. As on The Shins’ finest work, The Palace Garden augments its façade of accessibility and joyous abandon with a mature appreciation of sincerity of expression, situating its seemingly shallow concerns of immediacy within a subtly shaded aural space.

Throughout the record, Beat Connection have pulled off this balancing act with formidable dexterity, mining a depth of unpretentious beauty and eloquence within the often banal confines of the pop song. If there is a negative side to this approach it is that the constant abstraction of emotion – the vague lyrics, the reticent vocal delivery – leaves The Palace Garden somewhat deficient on a communicative level. This album is something to admire from a distance, to enjoy in a detached and disinterested way; indeed, to engage too fully in this music is to break its evanescent spell.

Midway through the album, when the vocals of Think/Feel admit “I feel too little and think too much”, the statement seems to embody, albeit in an admittedly rather trite and sloganistic manner, the guiding philosophy behind The Palace Garden: this music emphasises feeling and experience over clinical rationalisation. Yet the self-consciousness betrayed in those lyrics keeps the album from spinning off into overt viscerality; there is a sense that Beat Connection are all too aware of their music’s escapist function, undercutting the innocence of their conjured visions of sun-kissed summers with a knowing uncertainty. The Palace Garden exists in an ephemeral state between the profound and the banal, the graceful and the innocuous, and to over-intellectualise the record is to undermine its ultimately precarious illusion. Indeed, if we all allowed ourselves to feel a little more and think a little less, perhaps this could be one of the most enjoyable debut albums of the year.