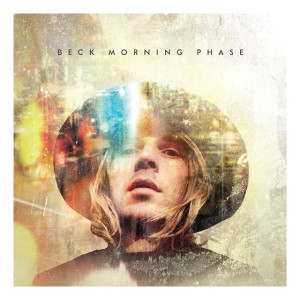 Since Odelay, Beck Hansen has been not necessarily an artist of phases, but of cycles. While no two of his albums sound exactly the same, one can decipher a distinct pattern among his releases: after the sample-based hip hop of Odelay came the more insular Mutations, which was followed by the funkier hip-hop beat-laden Midnite Vultures, which in turn was followed by the downer rock of Sea Change. And yes, Sea Change was followed by the alternative hip hop and ’60s pop of Guero, The Information, and Modern Guilt.

Naturally, after three albums in a row without much stripped down material, Beck has returned to the musicians (and emotions) of Sea Change with Morning Phase, his first new studio album in six years. And this time around, Beck not only has a more positive outlook on life, but sports refined songwriting and musicianship. That is, instead of wallowing in minimalism and his own sadness, Beck uses Morning Phase to show that he’s “tired of being alone”, but also to state that he’s comfortable in his own skin. All in all, it’s one of the best records he’s ever made.

That’s not to say Morning Phase isn’t depressing throughout its duration. One can obtain an immediate sense of the record’s mood with its string-laden instrumental opener Cycle and first proper track Morning. “Can we start it all over again?” asks Beck on Morning, a request that contains multitudes. In the context of the song, the question follows a litany and functions as an inferred declaration that “we” will be better this time around.

But it’s hard not to interpret the line in the context of the cycle of Beck’s career. It’s as if he’s letting listeners know that they’re about to experience Sea Change part two, but that this time, he or she doesn’t have to have a vested interest in Beck’s personal woes. As such, throughout Morning Phase, the lyrics are effectively impersonal. Sunny lead single Blue Moon (during which he shares how tired he is of being alone) sees Beck singing, “Oh don’t leave me on my own” and later “Cut me down to size so I can fit inside / Lies that will divide us both in time.”

At first listen, these lyrics seem cynical and fatalist, but they’re perhaps representative of Beck recognizing that sometimes a short-term relationship serves its effective purpose. Moreover, prior to recording Morning Phase, Beck had suffered from severe spinal damage which caused him to lay out of the spotlight. In context of these health problems, one can’t help but interpret some of the loneliness he sings about on the record as loneliness that results when unable to leave the house because of a severe injury – loneliness one will do anything to combat.

Moreover, on Morning Phase, loneliness and desolation leaks into the music, and there’s certainly not much by way of pop or dance music here. The closest Beck comes to even remotely upbeat on the album is his two singles, Blue Moon and the Neil Young-esque Waking Light, the latter of which features the record’s only guitar solo. In general, Morning Phase’s instrumentation takes its influence from country, featuring everything from soft acoustic guitars to harmonica.

But at the same time, Morning Phase isn’t at all stripped down. In fact, it’s immaculately produced to the point where the record’s themes are experiential. For example, the echo on Beck’s voice on Don’t Let It Go and the layering of his voice on Wave don’t necessarily give the listener a sense of nostalgia but of Beck’s isolation (he actually repeats the word “isolation” over and over again on Wave), which in turn causes the listener to feel isolated (like Beck is very far away) and experience Beck’s blues. In this sense, on Morning Phase, Beck uses reverb in a much more traditional way, and for the better.

Morning Phase rounds out with its strongest tracks, Country Down and Waking Light, both musically lush and lyrically optimistic. The album ends as Beck wakes up ready to face a new day. Whether his melancholy morning is a phase or part of a larger cycle to which he may return in the future (the latter is more likely), Beck proves once again here that he’s a tremendously versatile artist, capable of excelling throughout the musical spectrum.