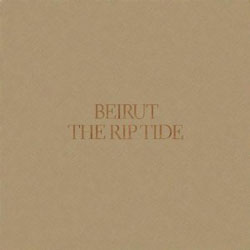 The word precocious could have been invented to describe ZacharyFrancis Condon, the driving force behind the band Beirut. Back in2006, at an age when most wannabe rock musicians are still knockingout cover versions in local clubs while waiting for their big break,the then 20-year-old New Mexico native released an astonishinglyaccomplished, mature debut album inspired by the folk music of theBalkans, Gulag Orkestar.

A year later, with the critical acclaim stillringing in his ears, Condon followed up with The Flying Club Cup,which shifted across Europe from the east to the west with its homageto French chanson, while 2008’s double EP March of the Zapotec/Hollandwas a bizarre combination of Mexican influences and electronica.Barely old enough to buy a drink legally in his own country, he’dalready imbibed and reinterpreted a headier cocktail of global musicaltraditions than most artists would attempt over an entire career.

Now Condon’s back again with his first album proper for four years,and what we get with The Rip Tide is essentially a distillation of allthe diverse ingredients that have shaped Beirut’s earlier records,rather than a focus on the music of one particular country or region.The resulting collection of songs, while hardly conventional pop, iscertainly his most immediate and accessible yet, occupying similarterritory to Sufjan Stevens’s outstanding Illinois album withits breezy, exuberant melodies and intricate, ambitious arrangements.

The Rip Tide also sees Condon shedding his musical chameleon skinto reveal more about the man underneath. A case in point is secondtrack Sante Fe, a very personal reflection on the New Mexico hometownhe’s hitherto seemed determined to escape in pursuit of a worldlyeducation. Yet as he plaintively sings “sign me up, Santa Fe/callyour son” its as if he’s now ready to return to and embrace his rootsafter his globetrotting youth – an emotional transition that’sundoubtedly reflected in his music.

Goshen is another example of Condon’s new take on life. Beginningwith a lone piano, the song slowly builds into a lament to abeleaguered traveller – quite possibly the Beirut prodigy himself –longing for the security of a familiar resting place, with lyrics like”you never found it home/a fair price I’d pay to be alone,”encapsulating the turmoil he has felt. Maybe for the first time,there’s a sense on The Rip Tide that the songs themselves are centrestage, rather than the exploration of diverse musical moods andtextures that has dominated Condon’s earlier records.

Of course, this being Beirut, there’s still plenty of eccentric,colourful touches that ensure Condon continues to stand out from moreprosaic performers. In particular, his love of brass continues toflourish unabated. Payne’s Bay begins with yearning strings andpulsating pump organ before the arrival of a wonderfully statelymarching band provides the perfect accompaniment to Condon’s admissionthat “I’ve been headstrong today/I’ve been headstrong.” On songs likethis, Beirut balance compositional virtuosity with irresistiblecatchiness in a way few artists can match.

The only real criticism of The Rip Tide is that at 33 minutes it’srather too short, ending almost before you know it and leaving youwanting more. Had Condon come up with another two or three songs ofsimilar quality, it could have been an even greater achievement. Butthat’s a relatively minor gripe. This is the most consistentlyimpressive Beirut record yet, proving its creator is now able toharness his occasional excesses and directly engage with his audiencewithout losing the invention and flair that make him such a raretalent.