Belly – Sweet Ride: The Best Of 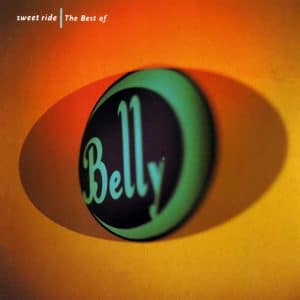 One of the more welcome surprises of 2002 has been the re-emergence of Tanya Donelly with her excellent album Beautysleep. Listening to that album brought back memories of Donelly’s heyday with Belly, and with perfect timing, 4AD have released this welcome reappraisal of the band.

Donelly’s considerable talent was always overshadowed her previous bands – by half-sister Kristin Hersh in Throwing Muses and then by Kim Deal in the Breeders, so Belly were seen as the perfect vehicle for her spiky pop songs. Sadly, after a wildly successful start, the band folded after two albums and Donelly retreated to a world of marriage, motherhood and infrequently released solo records.

It would appear that, with only two albums released, there wouldn’t be that much material for a Best of Belly. Happily, they were a band that always took as much care over single releases as well as albums, and therefore on this collection you’ll find B-sides, cover versions, and previously unreleased material as well as the singles and album favourites. It would be a hardcore Donelly completist indeed who claimed to have all eighteen tracks on this album.

The album starts off quietly, with Spaceman, before a gently strummed guitar and Donelly’s ethereal vocals whisper “so he’s lying on top again…” which is the almost perfect intro to Gepetto, one of the stand out tracks from the Star album. Although none of the tracks are in any kind of order there’s still a seamless feel to the record, allowing a cover version of the Jungle Book’s Trust In Me to sit next to Belly’s one bona-fide hit, Feed The Tree and not sound unusual at all. It’s also clear listening to this how wrong it was to lump Belly into the ‘female fronted guitar acts’ that seemed to be omnipresent around 1992. While Salad, Sleeper and Echobelly have all returned to obscurity, these songs still sound fresh ten years on.

There are a few minor quibbles with this album – it’s unclear why a live version of Dusted was included when it sounds almost identical to the studio version, and the French language version of Judas My Heart seems pretty superfluous as well. However, these criticisms are balanced out by the gorgeous cover version of Gram Parsons‘ Hot Burrito #1 and a blistering version of Jimi Hendrix’s Are You Experienced? (the sound of Donelly crooning rather saucily “if we could just spend the night together” is one that will cause many a sleepless night). One major black mark though must be the fact that Untogether, one of the saddest, most beautiful songs of the ’90s, has been omitted.

With 4AD’s customary classy packaging, some informative sleeve notes and comments on each song by La Donelly herself, Slow Ride makes both a perfect introduction to, and handy reminder of, one of the most talented songwriters around today.