by Sam Shepherd
published: 20 May 2014 in Album Reviews
Tweet 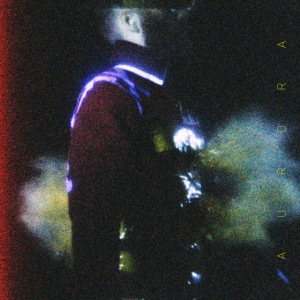 By all accounts, recovery from the sonic assault of Ben Frost’s last solo effort, By The Throat certainly takes some time. Not just for the fingerprints to fade and the need for a polo-neck to become less urgent; it was an album that was psychologically affecting too. Beauty, horror and raw animalistic violence hid within that album. It didn’t even hide particularly well, so much as stalk and eviscerate at will.

Four years have passed since By The Throat, and a new solo venture from Frost is most welcome. He’s been immersing himself in various projects in the meantime; as a producer he’s handled Swans’ The Seer (the band most likely to receive top marks reviews these days it seems, even if their earlier work was more concise, brutal and dare it be said, better) and Tim Hecker’s Ravedeath 1972. He’s produced score for choreographers, directed an opera based on Iain Banks’ The Wasp Factory and traveled to war-torn eastern Congo to produce the sound and visual installation, The Enclave.

Frost has stated that it was eastern Congo that influenced the sound of Aurora. Not just the aggressive nature of everyday life, but the pure primal nature of the surroundings. The album was conceived and written in the shadow of the active volcano Mount Nyiragongo and it has clearly made an impression on Frost and, in turn, on the album. There is a epic scale to many of these tracks, and there is also an underlying and undeniable sense of violence. Yet curiously Aurora is also one of Frost’s most accessible and positive sounding records, and one of his most metallic and industrial efforts to date. There is little in the way of what might be deemed ‘authentic’ instrumentation. Only metal, machines, and drums. It is, in a sense, the sound of primitivism meeting technology in the few moments before fiery judgement is visited upon them.

Strangely, Flex, which starts the album, sounds as if it was created in a busy metropolis. It successfully emulates the experiences and sounds of a tube train accelerating through the arteries of an organic city. When it reaches its destination, the frantic beat that drives the song falters and dies; it’s like a musical embolism. Nolan moves in a different realm, where metal oscillates and huge ferrous discs are worshipped like rusty deities. There’s an organic pulse here again, but the synthetic dancefloor is already starting to beckon with screaming synths calling out for fresh blood.

It’s a similar trick pulled by closing track A Single Point Of Blinding Light, but it’s more refined and anything organic is long gone. There are still tribal elements, but essentially this is the sound of technology frenetically stomping on the metal casket of humanity. It fizzes out with what sounds like a dentist’s drill, a final insult to human kind, all of whom fear that particular sound (with the possible exception of dentists). Earlier on, Venter takes its cue from the unbridled power of the volcano and channels it into a rumbling tribal drum affair. It’s here that Frost is aided and abetted by Swans and Liturgy drummers Thor Harris and Greg Fox, and their presence turns the track into a clattering ball of ferocious, yet positive, energy.

There are slightly more sedate moments to be found, notably on No Sorrowing, which hisses into life via a static-laden intro and then finds a way to make engine roar calming. But despite the odd moment, Aurora is an album with one eye fixed firmly on the killing/dance floor. The screeching blur of Diphenyl Oxalate (a song that sounds like unfettered nightclub abandon) pulls no punches, but the fact that the song is titled with the name of the compound that makes glowsticks work their magic leaves little doubt.

More on Ben Frost
Ben Frost – Aurora
Why I Started… A Festival (Or Two)
Track Of The Day: Ben Frost – Venter