Ben Howard – I Forget Where We Were 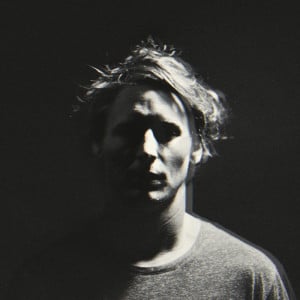 Balls. 27-year-old singer-songwriter Ben Howard certainly has a pair of balls. After the unexpected success of 2011’s acoustic heavy debut Every Kingdom that saw him land a couple of Brit Awards and a Mercury Prize nomination, he’d be stupid not to build on that success and chuck out more of the same, right? Wrong. He’s fed up of the first album after having flogged it to death touring it extensively, so has chosen a different direction entirely – one down electric avenue, in fact.

In November 2012, Howard released The Burgh Island EP and this gave a glimpse of the future. Acoustic guitars took a back seat with electric taking over, particularly for the superb Oats In The Water that’s wowed live audiences for some time now, and I Forget Where We Were largely follows on in this vein. There’s a darker, widescreen feel to the new album that took eight or so months of production by drummer Chris Bond and Howard at Start Point Farm Studios in Devon, with Howard describing the record as being “much grander”.

The Nick Drake-like acoustic pluckings that formed the foundations of several tracks on the debut have mostly gone, the exception being the folky In Dreams where the uplifting, dextrous finger work resurfaces briefly for a master class in finger picking. Elsewhere, Howard explores new territory, boldly going where no man – well, Howard at least – has gone before.

Epic lead track End Of The Affair has already blown the world away; a seven minute monster that starts off beautifully gently to sparse accompaniment before developing into a bitter beast led by electrifying guitaring that recalls U2’s The Edge. You can almost feel the pain such is its emotional pull, Howard spitting out the tortured words “Go to him, what the hell love”; it’s a modern day classic. Not too far behind is another similarly structured beauty: Small Things. More echo-laden guitar peppers the early part of another evolving, goosebump-triggering stunner, Howard asking, “has the world gone mad or is it me” in a subdued chorus that leads to another bubbling, electric guitar section that transforms into a full-on instrumental onslaught of brilliance.

And the goosebumps don’t stop there; the perfect night-drive accompaniment She Treats Me Well is an excellent example of Howard’s pure songwriting and lyrical talent, a little more of his more recognisable acoustic guise popping up with an occasional deftly placed single organ chord adding so much with so little effort. Closer All Is Now Harmed is another spine-tingling moment, subtle atmospherics alongside pummelling bongo drums lead to a clanging, echo-drenched guitar backdrop of sheer magnificence for Howard’s haunting vocals. Time Is Dancing opens to a ghostly introduction before weaving a meandering path through subtly added layers of beauty, addictive melodic guitar lines dipping in and out throughout a continuously changing soundscape – it’s not so much a song as a vital piece of enchanting music, a gently all-consuming blissful experience.

There isn’t a moment wasted on the record. The more up tempo foot-tapping Rivers In My Mouth ticks along until an atmospheric melody leads to a wistful conclusion whilst the sprawling title track is cast in a cinematic Bruce Springsteen-like mould.

With the runaway success of the debut seemingly putting Howard in a position whereby he was always going to be struggling to emulate such an effort, he’s not only managed to match it but he’s bettered it. I Forget Where We Were is an album to grow into rather than one of instant satisfaction, one that blossoms upon every subsequent listen, one to clutch close to your heart and cherish forever. It is, quite simply, the dog’s bollocks.