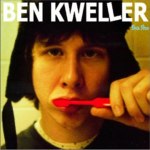 It is with some disbelief that we read of Sha Sha being 20-year-old Ben Kweller’s debut album, for from end to end this sounds like the work of someone of maturer years.

Time spent in the group Radish has clearly been well used for development. This absurdly young Texan offers songs that recall Badly Drawn Boy rather than Hanson.

There’s great use of dynamics and instrumental arrangements throughout, due in part to well-judged production, but due mainly to Kweller’s songwriting. The lyrics are sometimes a little contrived, as in How It Should Be (Sha Sha), but generally he hits the mark there too.

Yet at the end of the day it is an oddity of an album, created by a talented and studied musician with whimsical taste but nevertheless one who, one feels, showcases a chameleonesque ability to change colour not by being especially original but by raiding other artists’ musical wardrobes.

And there isn’t, at the end of the day, a great deal of variety here either, either in instrumentation, pace or theme. But the fact we’re even considering these things, when there wouldn’t be much point with many a more established artist, is testimony to how good Sha Sha is.

So, minor quibbles with one so young aside, this is an album that you’d do well to own, and play whenever you’re feeling the urge to get a wee bit folksy with your pop music.