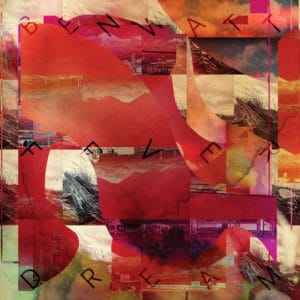 Almost exactly two years ago, Ben Watt released his first solo album for over 30 years, Hendra, a collection of smooth, adult-orientated pop songs that did a decent job of reminding everyone what a talented songwriter he could be. It’s a fact sometimes forgotten in a stellar career encompassing the musical partnership with wife Tracey Thorn in Everything But The Girl, his role as head of the excellent Buzzin’ Fly electronic music label and a flourishing sideline as a DJ and remixer.

Pretty much a continuation from where Hendra left off – although Watt has taken over from Ewan Pearson on production duties, all else remains the same for Fever Dream, including long-term collaborator Bernard Butler on guitar and some songs that may sound smooth and content on the outside, but have a sad, poignant underbelly. It’s a sound that suits Watt like a glove, even if it threatens to sound a bit too relaxed at times.

These are songs about love, friendship, family and the passing of time, and there’s a bittersweet tone to much of the material, as with Hendra. The love songs are mainly about love gone wrong or on the verge of going wrong: opening track Gradually sees two long-term loves slowly growing apart from each other without even realising it. As Watt puts it, “Are we not who we used to be, has our love now changed gradually?” Winter’s Eve has a similarly regretful tone to it, the sort of quietly accepting look at mortality that only someone who has reached their fifties can have, but with the yearning caveat that there’s “still so much I want to do”.

Butler provides some wonderful guitar work on most of these tracks, with the fiery riffs on Women’s Company and Running With The Front Runners being just two highlights. It may be a world away from his early incendiary contributions to Suede‘s first two albums, but he’s matured into a generous, unshowy collaborator whose work complements Watt’s songs rather than overshadowing them. You can certainly see why they work so well together.

And yet, as much as Fever Dream’s songs are beautifully played and well crafted, sometimes it would be nice to hear a bit of grit and rawness. Given the darker undertones to many of Watt’s songs, its smooth sound sometimes seems a bit of a missed opportunity. There’s no real change of pace throughout the album’s running time, and by the time the second half rolls around, it becomes a bit of a slog.

There’s still much to enjoy, however, especially for long-term fans of Everything But The Girl – you’d imagine this slightly jazzy, folky air is a sound they would have eventually gravitated back to had Thorn and Watt continued recording together. Watt has a decent, strong voice, and when he duets with Marissa Nadler on the closing New Year Of Grace, the results are starkly beautiful. Fever Dream won’t change the world, but it may seem like a slightly more comforting place as you listen.