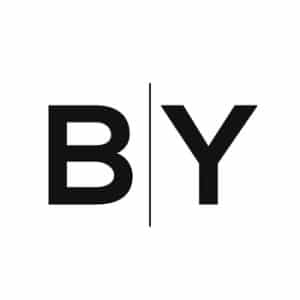 Four years into an ascendant career, Portuguese duo Best Youth — vocalist Catarina Salinas and multi-instrumentalist Ed Rocha Gonçalves — are starting to make international inroads. Even before the release of this, their first long player, they’ve grown to become an established act in the Iberian Peninsula: their 2011 debut EP, Winterlies, topped radio playlists in Portugal, eventually paving the way for a Spanish Cáceres Pop Eye Award (“Best European Band”, since you ask) and a support slot for sometime Fleet Foxes man Father John Misty.

Best Youth’s success to-date is no mystery: their sound is an even-handed confluence of influences that borrows elements of acclaimed contemporaries and weaves them together in such a fashion that speaks to pair’s thoughtful, careful approach — and while Highway Moon, as a whole, is accurately classified as synth-pop, such filing tells only half the story of this spacey, sultry debut that wears its inspirations as a badge of honour.

Take opener and lead single Red Diamond, which is simplicity itself: bare percussion and spare keys are gradually augmented by lush synth flourishes, Salinas’ breathy vocals speaking of spurned love. The cumulative effect is pure Lana Del Rey, all pouting discontent in sun-bleached surroundings. The gorgeous Black Eyes follows up in similar fashion, its down-tempo sensuality meandering the short distance from Dead Mellotron-style shoegaze to Kavinsky‘s cinematic Nightcall. Originality may be conspicuous by its absence, but the end result is simply irresistible.

Best Youth take their flattering imitation to even greater heights with Mirrorball, which, from the tumbling intro to the refrain-repeating ending, is a thematic and stylistic doppelganger of Arcade Fire‘s Reflektor. Maybe We Can Still Be Friends picks up the baton by fusing The Concretes‘ WYWH with Daft Punk‘s Instant Crush. Yet one is not irked by the parallels because Salinas and Gonçalves don’t seem to be trying to pull a fast one; rather, their musical choices seem to emanate from respectful deference to acts we can assume to be their idols. Besides, even if this was plagiarism, it’s done with such style that Best Youth’s magpie-like qualities can be easily overlooked.

Later tracks, in fact, see the pair emerge from under the influence: Infinite Stare’s brazen beat distinguishes it from relatively reigned-in trackmates — its real instrumentation standing in stark-yet-subtle contrast — while the sheer darkness of Mouth’s pulsating synth and echoing bips is unmatched anywhere else on Highway Moon. Ride, too, refreshes a familiar retro palette with cascading, videogame-like keys and what is arguably Salinas’ most accomplished performance.

It is perhaps inevitable that the odd track fails to resonate initially: Fanatic falls a little flat, feeling like a formulaic fumble through synth-pop checkboxes, while the album’s closing pair, Melt and Rain On The Windshield, labour to match the established standard, drawing the album to something of a barren close compared to the deep seam of gold that runs through its first half. Yet even these relative damp squibs may in time prove to play their part on what is nevertheless a stunning debut from possibly the most promising talent out of Portugal since Cristiano Ronaldo.