by Rob Mesure
published: 25 May 2016 in Album Reviews
Tweet 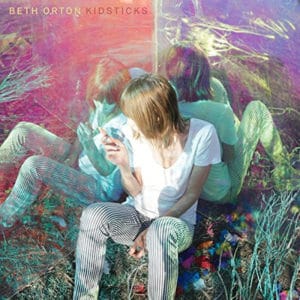 Paring down. Stripping back. Unplugging. It’s what a lot of artists do at some point, an alternative to difficult-nth-album syndrome which, with a little luck, will pay off in column inches praising that plaintive, austere new direction: a marked contrast to the usual new-wave-of-nu-rave aesthetic.

But for Beth Orton, on her first album since rebounding from near-retirement with 2012’s rich, ruminative Sugaring Season, it’s more a case of plugging in, wrapping up warm in a thick coat of electronics and scattering aural ephemera all about.

Orton co-produces here with Andrew Hung, one half of olympian Bristol electronicists Fuck Buttons, returning to a sound that coloured the Mercury-tipped Trailer Park and the preceding Japan-only SuperpinkyMandy. But if the electronic elements of those records added to the folk and jazz-inflected songcraft like a garnish, they’re the raw ingredients of the songs here, and the result is a hueful, textural salmagundi, Orton’s sound at its densest and most electric since her early collaborations with The Chemical Brothers. It’s also comfortably among the best things she’s done.

Fading in with a twitchy, distorted beat, glassy guitar and deep synth bass, the bustling opener Snow’s repeated chant (“I’ll astrally project myself into the life of someone else”) suggests rebirth, dissatisfaction with the status quo. Orton sings “I have made my world go out of focus,” and the different elements do just that, swirling like snowflakes in a layered, indistinct haze.

No less atmospheric, Moon is punchier, its propulsive bassline an anchor in a sea of echoes, as Orton ponders sunlight and moonlight, night and day. Around halfway through, a deep bass drum kicks in, the up-tempo melancholia recalling later Everything But The Girl, who veered to electronics from jazz and folk just as effortlessly as Orton.

That grounding in traditional forms is clear on Petals, where deep bass drops and glitchy percussion underpin what could be a folk ballad, likening falling petals (“in a synchronised swim”) to falling tears. But after building with a choral chant (“my tears well up and cry for you”), it bursts into a colourful crescendo, with frenetic snares and cymbals and squalling, fizzing guitar from George Lewis Jr (aka Twin Shadow).

At moments like this, there’s a sense that Kidsticks – described here as “kids playing with … anything they can find to make a little racket, to express joy” – is Orton rediscovering the pleasure of sound for its own sake, liberated by the opportunities of a different palette. They’re also the best moments: the infectious 1973, which weds a fuzzy Computer World drum part to shimmering keys and a seriously blissed-out vocal from Orton (“swimming in my mind, in electric sky”), the twinkling, sample-heavy ambience of the spoken Corduroy Legs, or Dawnstar, a gorgeously heady Angelo Badalamenti wash of a love song (“our love is gaining speed”), with spun out and serene synth chords, strings – arranged by A Winged Victory For The Sullen‘s Dustin O’Halloran – and a vocal so rich, warm and sweet you want to bathe in it.

And if there’s one element of Orton’s reconfigured sound that’s almost unchanged, it’s that voice. The husky, folkish twang of She Cries Your Name or Stolen Car is still there, but better than ever for the versatility the material allows; she explores her lower and upper registers on the breathily pop-tinged melancholia of Falling, adding sweetness to sombreness, but sounds cracked and worn on the verses of Flesh And Blood.

Aside from the short, instrumental title track, this is the final song, and sees Orton throwing off “all the ways I used to hurt myself,” accepting that “there’s always been a beautiful sky/it’s just there’s some clouds in my eyes.” Building from a distorted drum machine sound, dubby bass and gently swelling strings, it gradually reveals itself, like a flower bursting into sun-drenched time-lapsed bloom. Like so much of this vibrant, engrossing album, it’s full of the childlike joy and wonder that the title suggested to Orton; a delightful return.