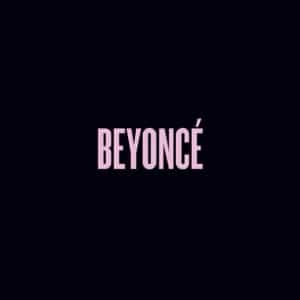 Until the surprise release of this eponymous fifth album  it seemed that Beyoncé’s only major solo release this year would be Life Is But A Dream, a fly-on-the-wall documentary shown on HBO back in February. Promising an intimate glimpse into the life of the star, the film was instead a precision-tooled presentation of Beyoncé as an “every woman”. Sure, it said, she may be a superstar who is playing the Super Bowl and rubbing shoulders with President Obama but, deep down, she is as prone to insecurities and emotional traumas as anyone else.

Enormously famous in her own right, never mind as part of a world-conquering power couple with Jay-Z, the film came at a point in Beyoncé’s career where the gap between her celebrity and her pop career had arguably never been greater. The slow-burning soul of 2011’s 4 had been a musical career highlight but had sold less than half of its predecessor (I Am Sasha Fierce) and notably failed to produce a single that penetrated the global consciousness in the same manner as iconic hits like Single Ladies (Put A Ring On It), Irreplaceable and Crazy In Love. The coordinated push of Life Is But A Dream and the Super Bowl half-time show, then, felt like a deliberate effort to recover lost ground, particularly with mainstream American audiences.

The album which everyone expected to capitalize on this never materialized, of course, but what seemed at the time like a failure of nerve has swiftly been transformed into a narrative of redemption by the ingenious, dramatic release of Beyoncé. Releasing an entire album (with accompanying videos for every track) unheralded is certainly one way to get around the problem of whether radio will support your comeback. The nature of the release also means that listeners approach this album through the prism of Beyoncé’s celebrity rather than with expectations driven by advance promotional singles.

This proves crucial: from the title onwards, Beyoncé is clearly intended as a definitive personal statement rather than just another Beyoncé album. This is rammed home with opening track and Sia collaboration Pretty Hurts, an empowerment ballad with shades of TLC’s Unpretty which finds Beyoncé bemoaning the beauty myth: “It’s the soul that needs the surgery”, she sings, declaring that “perfection is a disease of a nation”. The song is good but its performance by Beyoncé is absolutely crucial – its power is derived from the tension between the artist as an icon of perfection and as aforementioned ‘every woman’.

For all its thematic interest, Pretty Hurts is one of the few relatively straightforward songs to be found here. Ghost’s sleek ambient dubstep is far more typical and serves almost as a Beyoncé manifesto: “I’m climbing up the walls cos all the shit I hear is boring.” If disdainful references to record labels suggest some behind the scenes disagreements, the result proves to be the most sonically adventurous album of Beyoncé’s career. Songs frequently depart from traditional pop structures, twisting and turning unexpectedly. Big name collaborations on Drunk in Love (Jay-Z) and Mine (Drake) are largely chorus-free yet they prove utterly thrilling. They are, like most of the tracks here, packed with ideas and touches which reveal themselves with repeated listens.

On moody ballad Haunted, Beyoncé’s voice floats tightly atop a breathlessly exciting backdrop which oscillates between simple piano and pounding synths, typical of an album where the production is frequently astonishing. Indeed, while this year saw Miley Cyrus, Justin Timberlake and Robin Thicke hit big with their appropriations of R&B, Beyoncé here lays the smackdown: this is how it’s done. On the Prince-ly slow jam of Rocket, Beyoncé even sings “you’re the shit, that makes you my equivalent”, a pointed steal (or re-appropriation) from Thicke’s When I Get You Alone.

Prince does hang heavily over proceedings, most obviously on the Erotic City-via-Janet Jackson funk of Blow, where Beyoncé coquettishly asks “can you lick my skittles?” While that may be more saucy than salacious, sex is a big theme here: the Carters have a lot of it and Beyoncé is not afraid to share (Partition features the memorable line “he Monica Lewinsky’d all over my dress!”). The rhythm-led lustiness may be nothing new but here it’s given context with a Chimamanda Ngozi Adichie feature on ***Flawless. “We teach girls that they cannot be sexual beings in the way that boys are”, the author observes, ending with “feminist: a person who believes in the social, political and economic equality of the sexes”. Given the debates which have swirled around Beyoncé with regards to feminism (not least when she suggested it be rebranded as ‘bootylicious’) this seems like a clear riposte and it transforms the rest of the album into an affirmation. Whether singing about her sex life, her wealth, her appearance or her motherhood (as on closer Blue which, despite an appearance from daughter Blue Ivy, is pleasingly breezy and un-saccharine), this is an album where Beyoncé’s womanhood feels absolutely central.

Of course, given how slick and consummate it all is, it would be easy to parse this as a musical accompaniment to Life Is But A Dream, offering much posturing but little real insight. To do so would be to miss the point. This is easily Beyoncé’s best album yet, a clear progression from her previous work and a musical triumph. The album’s clearest message is that, beneath the second-guessing, Beyoncé is one hell of a pop star. We should get on board and enjoy the ride.