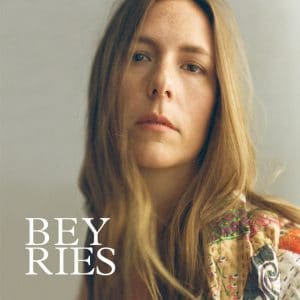 French-Canadian singer-songwriter Amélie Beyries certainly has a story worth hearing. Hailing from Montreal, she has been writing songs since childhood, but for many years she kept them to herself, not wanting to lose her love for simply writing and playing for personal fulfilment, while working in various restaurants and offices. It was only after the personal trauma of beating breast cancer twice that Beyries – now divested of her first name – decided to devote herself to music as a full time career. Even then, she chose to present the music that became her first album without her name, so people could judge it on its own merits.

The album in question, 2017’s Landing, was a starkly honest, understandably sometimes bleak synopsis of its creator’s life to date, built around Beyries’ quivering, mellifluous voice, gentle guitar and piano. It sold respectably well and brought her to the attention of an international audience, with her forays into French language songs giving her work a distinctive extra ingredient.

Follow-up record Encounter, described by Beyries as about her journey of self-discovery through music, touring, and the many people she met along the way, feels like a deliberate shift in direction from Landing. It’s less fragile, more confident and fuller in sound, with greater instrumental variation. Unfortunately, this evolution has seen her sacrifice some of the captivating intimacy of her debut.

Encounter kicks off very promisingly, with the lilting guitar and muffled rhythms of opener What We Have suggesting that Beyries is picking up where she left off on Landing. But too much of what follows feels rather bland – falling somewhere between alternative singer-songwriters like Emmy The Great and Joan As Police Woman and the more polished MOR of Rumer, but without nailing down a strong voice of its own. Some tracks – notably Over Me, with its ill-advised squalls of electric guitar, and the strings-saturated Into You – seem over-produced, with Beyries swamped by a sonic backdrop that feels all too big for her.

It’s the simpler songs towards the end of Encounter, for example the hymnal Great Green Eyes, or the elegant, spectral Nous Sommes, which best recapture the heights of Beyries’ debut. Closing track Anymore provides a graceful, understated conclusion, ending the record with a defiant statement of self-acceptance. While on the earlier Over Me she seems hesitant and unsure of herself, admitting “I’ve lost power/I’ve lost the key/Take time/Take cover/The water’s deep,” on Anymore she reflects “I don’t get angry anymore/I left a space inside the wall/I light the lights again before/I lock myself out the door.” There’s no doubt Beyries has been on an interesting, inspiring journey, but it’s a shame the music on Encounter doesn’t share those qualities a little more often.