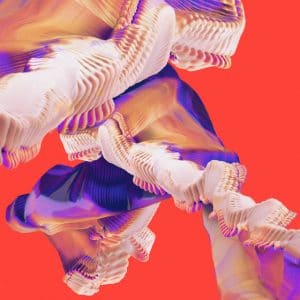 Bicep is a fascinating electronic duo made up of Belfast’s Andrew Ferguson and Matthew McBriar. Having met at mini rugby as nippers, they later forged an alliance based on appreciation of wide ranging genres of music. This culminated in them becoming bloggers with their curiously titled Feel My Bicep page, curated when blogging was far more authentic and far less commonplace. The blog featured rare and forgotten gems encompassing their house, techno, dance and disco faves long before we could simply find these jewels on YouTube replete with a dreadful lyric video as a backdrop.

The outfit then turned DJ at both smaller raves and huge venues and in 2012 won DJ Mag’s Best Of British Breakthrough DJ award. After signing to Ninja Tune in 2017, their self titled and universally acclaimed debut album shot into the Top 20 of the Album Charts, and the pair embarked on a sell-out world tour in support. The follow-up, Isles, was two years in the making and capitalises on the sleek electronica and vibrancy of their debut, yet seeks to explore more insular roots introspectively.

The album kicks off with Atlas and embodies a mild euphoric synth blueprint, yet it also imbued with melancholy from the bittersweet vocal samples from the late Ofra Haza that the world and his wife can relate to currently. Lead single Apricots draws you in with its warm and trance-like synth, and an earworm excerpt of traditional Malawian singers interwoven with a section of a 1970s performance by The Bulgarian State Radio & Television Female Vocal Choir that is truly inspired. Cazenove takes us back to those heady, euphoric club nights dancing cares away, whereas Saku has a terrific late ’90s R&B and garage feel, with a gorgeous vocal from Clara La San that evokes Kate Bush in Running Up That Hill pitched against a dark synth backdrop, hinting at John Carpenter‘s eerie compositions. This is echoed on X, also featuring La San on vocals, a dark, disjointed and futuristic track that recalls the pitch dark soundtrack to Halloween III: Season Of The Witch, undoubtedly the best thing about the film.

There are more afterparty moods in Lido with its melancholy percussion and ethereal synth drawing on the more sombre tracks on Ingrid Chavez‘s album May 19, 1992, like Heaven Must Be Near, with hints at Enigma‘s monastic chants. Sundial begins with some frenetic ambient beats, then weaves into a more cinematic and reflective feel, with a Bollywood sample that makes for pure audio mescaline. Rever with its deep and melodic beats is uplifted by a celestial Julia Kent, and Fir has a wonderful propulsive backdrop with sketchy euphoric synth tropes recalling the more triumphant Orbital tracks.

The album closes with Hawk featuring machina that kicks off sparse and disjointed, then morphs into a wonderful trance-like energy featuring synth blasts that shower down like meteors and strobes that offer promise of hypnotic and sweaty nights with strangers, when the silent discos at home can finally be left behind.

Casting a nostalgic lens and hinting at future hope, this phenomenal set of tracks will resonate deeply with those yearning for pulsating nights on the dancefloor and those longing for more ambient afterparties as the sun comes up. The layered and intricate soundscapes that embody Isles are testament to the vast and diverse musical influences that Ferguson and McBriar have explored and savoured over the years. Bittersweet and introspective, yet hopeful and spellbinding.