Big | Brave – A Gaze Among Them

by Bekki Bemrose
published: 9 May 2019 in Album Reviews
Tweet 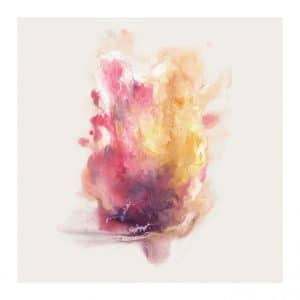 If Big | Brave’s 2017 record Ardor proved anything, it’s that they will not be rushed. There aren’t many bands that have the temerity to be so faithful to repetition or daringly in thrall to space in a recording. But Big | Brave does this, in spades, and that’s partially what made that record so majestical. A couple of years later and they have returned as gloriously stubborn as ever, but also box fresh.

If Ardor sounded like more than the sum of its parts – that is Robin Wattie (vocals, electric guitar), Mathieu Ball (electric guitar) and Loel Campbell (drums) – A Gaze Among Them is even grander and more cinematic. The nearly-nine minute opener Muted Shifting Space feels like a perpetually looping build. Its slow grind towards the summit is layered with a gradual increase in crunchy distortion which envelopes the clean lines established by the percussion, but is ultimately transcended by Wattie’s reaching vocal that dispiritingly insists, “you don’t get to do this.”

Similarly, This Deafening Verity at a slight, by their standards, 2.56 minutes, summons a great deal more than the minimalist approach promises. The richness of Wattie’s voice is fully revealed stripped of the fuller instrumentation of the other tracks, and the shamanic quality countered by a deep bass rumble.

The album’s centre is tethered by Holding Pattern, which both in name and application seems to represent the band’s idée fixe. The three members manage to suspend a heightened tension over ten-plus minutes, and that blissful suspense is answered with shimmering peaks and held steady with a compulsive tribal beat. Chants of “holding pattern” merely add to the anticipation. Much like the lyrics are often conceptual, musically the band are never overt or obvious, and that mystery is intoxicating.

Given the track’s running time, it’s quite a feat that they manage to leave you wanting more, but such is the compulsion on the build. Evidently, a little patience and tenacity go a long way, and their commitment to the plough they so brilliantly furrow reaps untold rewards.

This record finds Wattie’s vocal bolder than ever, as she calls out into an ominously creaking soundscape of Body Individual. The track is initially speckled with delicately tentative cymbal taps and is a masterclass in creating atmosphere. This subtly gives way to fevered jazz-influenced percussion, which in turn shifts into a pounding groove propelled by cycling riffs. Eventually, it builds into a kick drum thumping finale before collapsing into lethargic stomp carried by Wattie’s stirring and immovable vocal. They’re consistently transitioning tempos and rearranging the direction of travel, maintaining a thirst for what will follow.

The closer, Sibling, begins with a Sunn O)))-like low rumble before developing into an industrial stomp. But at its core, A Gaze Among Them is elemental music that evokes vast rock faces, thunderous skies and surging winds, which is as thrilling as it sounds. The band has returned more strident and confident, and their latest record throbs with a carefully checked energy. And while they are undoubtedly heavy, they also offer a glimpse of the light via the emotion they allow the music to carry.

The Montréalers’ experimental approach occupies an indefinable space that touches on noise rock, metal, drone and post-rock. Yet Big | Brave sound utterly unique, like they’ve passed through a secret aperture into territory as yet unexplored by others. We can but follow, and we’d be fools not to. Because despite the claims made on Muted Shifting Space, as listeners we do get to do this, albeit vicariously. Climb to the top of this uncharted precipice, the view doesn’t disappoint.