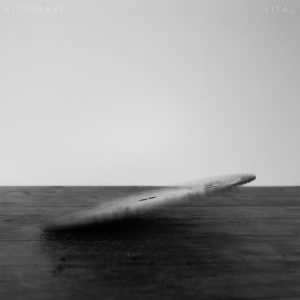 Big | Brave are a difficult act to pin down. They undoubtedly share, not to mention match, the heaviness of many of their label mates at Southern Lord. Similarly, the sprawling nature of their compositions mirrors post-rock experimental textures, while unusual rhythms and precision echo math rock’s purist tendencies. But it’s not like the aforementioned genres are mutually exclusive; hybrid forms have emerged exponentially since the advent of metal, hardcore and prog. We’ve reached a point where cross pollination has supplanted tribal righteousness to the point of familiarity.

Yet, while you can trace a vague lineage to such forms in their music, none capture the singular sound Big | Brave have developed over the course of their discography. Their music is bold, but not showy. It has a gothic timbre, yet its limber intensity aerates a generally murky tenor. It’s consistently emotionally daring, yet somehow tantalisingly detached. This is music where brutalism and elegance seamlessly intertwine.

Their last two records in particular, 2017’s Ardor and 2019’s A Gaze Among Them, have made more than convincing plays for a sound that, by all intents and purposes, should be beyond the remit of only three musicians. It feels like their magic lies within their masterful control of contrasts, and Vital is no exception. The often sludgy pace of the tracks are countered by Tasy Hudson’s punishing precision and power on drums, while Mathieu Ball’s often savage and slippery riffs clash spectacularly with Robin Wattie’s clear and powerful vocal.

At this point in their history Big | Brave have created a sound that is entirely synonymous with them. But that’s not to say Vital is merely a retreading of what’s come before. Notably, Wattie’s vocal continues to develop, to reach further, to plough ever more interesting furrows. Of This Ilk is a fine example of this evolution in action and how this three-piece can weave a now distinct sound with unexpected shades and modulations, which is to say it is, quite simply, the sassiest thing they have produced to date.

In contrast, the now familiar wind up and release of Half Breed only serves to fortify their standing as auteurs of a unique musical landscape. It’s a vision that reaches beyond the suburban or urban vistas of everyday life. Rather, it occupies a place where old-world mysticism is housed in a framework of often quite brutal realism.

The record brims with detail, both subtle and at times pronounced, and rhythm and space are manipulated for dramatic and emotional effect. While the trippy incantations of Wited, Still and All lie at the centre of the record, it merely compliments the relentless push and pull of opposing forces. Cycling motifs – such as the recurrence of a chiming bell or the lyrical echo of “the pattern for the history” – form the backbone of the album, as if the conjuring of such reiteration will break the model’s spell as battling elements are coerced to acquiesce.

Vital is perhaps their most apt title, given they propensity to generate a seemingly elemental racket. This is music of abstract invocations of fire, ice and bedrock. Yet at its core is a humanity manifested via Wattie’s emboldened, yet vulnerable, voice. In it we hear the full effect of those, outwardly, immovable external factors.

As a listener you can delve as deep as you like. On the surface the riffs and grooves are as satisfying as any heavy band worth their salt, yet the layers that rise above and sit below offer shades and tones beyonds your standard metal or post-rock fayre. Big | Brave’s music doesn’t feel in the slightest contrived. This is rock music, for want of a less reductive term, at its exhilarating and imaginative best. In Vital they have created something you can’t quite grasp or capture, yet the invitation to attempt it is all too persuasive.