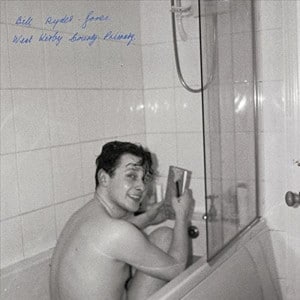 Following his departure from Liverpool’s The Coral in 2008, guitarist Bill Ryder-Jones‘ solo career so far has been one of contrasts. Whereas his previous band peddled a particular brand of perky, ’60s inflected indie – part Captain Beefheart, part Freddie And The Dreamers – with steadily diminishing returns, Ryder-Jones’ first full-length step after leaving, five albums into their career, was a sharp left turn.

If… (2011), a mostly instrumental ‘soundtrack’ to Italo Calvino’s bewildering literary puzzle-box If On A Winter’s Night A Traveller, was a deftly scored blend of delicate piano motifs – some of the recording taking place in his mother’s house in West Kirby – and grand, assured arrangements for the Liverpool Philharmonic. Always a gifted guitarist, Ryder-Jones demonstrated talents here beyond the purview of his former group, writing the parts and playing most of the instruments himself. A more modest, introspective affair, A Bad Wind Blows In My Heart, followed two years later. Again recorded in his childhood bedroom and well-crafted to a fault, the playing was adept as ever but held back a little by Ryder-Jones’ hesitant vocals.

West Kirby County Primary may have been recorded with a similar set-up but, once the soft, Velvets-y croon of opener Tell Me You Don’t Love Me Watching is over, it’s plain that this is a quite different beast. The stand-out Two Singles To Birkenhead (“Take me somewhere I’m not likely to forget…”) crashes in, a gleeful lollop with fuzzy guitars, Ryder-Jones recast as a semi-detached suburban Stephen Malkmus, his voice cracking around a tale of a daytrip turned into a chance to run away from your troubles.

On a similar theme, Let’s Get Away From Here is a sleepy, slowly developing melody, the layers of noise stripped away until the climax. Here, the vocals, as with a lot of the album, are prominent, in the centre of the sound spectrum, hushed but confident.This brings an immediacy and intimacy to these heartfelt, sometimes painful songs: a hand extended through the darkness. Put It Down Before You Break It, in particular, is appropriately fragile, but Daniel, perhaps the most affecting, is the story of the “one in a million tragedy” that led to the loss of Ryder-Jones’ brother (“Daniel belongs to the ocean”).

It starts from the point of view of his parents, struggling to stay together and takes in his own mental health issues, with proffered pills (“you might not feel so ill”) and “unwanted memories,” left boxed – poignantly – like “unopened birthday cards”. But far from being bleak, the gradually building harmonies and warm tones lend a tear-stained optimism; it’s one of the strongest moments here. Catharine And Huskisson is another, a languid early morning dawdle around Liverpool’s docks; it’s a country-tinged Merseyside take on the storytelling of The Hold Steady, shot through with dry, relatable humour: “The dogs from downstairs started barking, and Jill from next door is on nights, and she’ll,” he drawls, “she’ll be fucking fuming”.

Of the remaining  songs, the pedal-steel gilded Wild Roses is pretty but slight, and Seabirds a brittle ballad with keening slide guitar. Better are You Can’t Hide A Light With The Dark, a soulful slouch, like The Strokes’ Someday with a bad head, which sees a beaten Ryder-Jones obsessing over a former lover (“The light’s on in your back room, are you with him?/The light’s off and it’s darkness, you’re so heartless”) and Satellites, which begins with a blend of the slow chug of Pixies’ Velouria and a yearning tremolo-picked melody, becoming a doleful lament for time wasted – both his own and “yours” – before the guitars pile in to a crescendo. It’s a striking contrast, even for an collection that’s full of them. Unmistakeably the best of Ryder-Jones’ albums to date, West Kirby County Primary is cathartic, sometimes desolate, but always raggedly enjoyable.