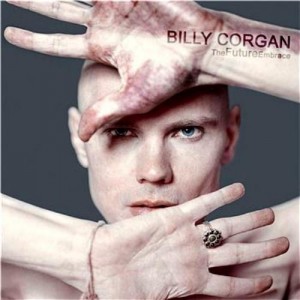 It’s been five years since Smashing Pumpkins split up, leaving a glittering, if flawed, legacy behind then. When they first appeared with Gish in 1991, they were embraced by the cooler-than-thou types who were horrified to discover that Nirvana had become hugely popular.

Despite the fact that only Gish and Siamese Dream were true classics (although if Melon Collie & The Infinite Sadness had been a single album, that would have joined them), Billy Corgan’s band built a stellar reputation for writing atmospheric, intense songs with a killer hook.

Corgan’s post-Pumpkins band, Zwan, only managed one album but that was enough to confirm he’d not lost it. He’d cheered up, so it seemed, and produced an album full of melodic yet heavy rockers. He may not have been able to shake his self-indulgent side, but Zwan were no worse for that.

But Corgan has always had a reputation for being ‘difficult’ to work with, and Zwan were soon dissolved. So we come to Corgan’s first solo album, and at first listen it’s very reminiscent of Smashing Pumpkins’ Adore album. There’s a preponderance of synth sounds on the album, a surprising lack of guitars, and a rather doomy atmosphere all round.

It’s clear that Corgan has deliberately gone for atmosphere over songs on TheFutureEmbrace. It takes a few listens for the album to sink in, and due to the similarity of the songs, at first hearing it’s likely to wash over you somewhat, with only the optimistic opener All Things Change and the brutal keyboard riff of A100 really sticking in the mind.

Yet after a while, it all begins to make a beautiful, if skewed, kind of sense. Gradually, various songs creep up on you: the nagging bassline of The Camera Eye, which builds beautifully to a rousing chorus; the gorgeous soundscapes of Now (And Then), where the synths become almost overpowering, and the soaring single Walking Shade, which shows The Bravery how to really do this electro-pop business.

One reference point that keeps coming up is The Cure – indeed, some of these songs could almost be outtakes from Disintegration or Pornography. As it to prove the point, Robert Smith himself crops up on a dark and twisted cover of The Bee Gees To Love Somebody, where Corgan and Smith combine to make it sound like the saddest song on earth.

Sometimes, it does all get a bit much. Sorrows (In Shade) is a bit too doomy, and Corgan’s voice, which has always tended towards the whiney, becomes a bit difficult to listen to. while DIA, although featuring the welcome addition of a guitar, has forgotten its tune somewhere along the way. All is redeemed for the closing track Strayz, which ends the album on a beautifully tender note.

If you like Billy Corgan for his knack of writing a radio-friendly song with a heavy dose of angst, then you may not enjoy TheFutureEmbrace. Yet give the man credit for moving on and signalling a clear break with his past. He remains one of the most interesting and talented figures on the scene and this is a fine, if challenging, listen.