by Helen Clarke
published: 4 May 2014 in Album Reviews
Tweet 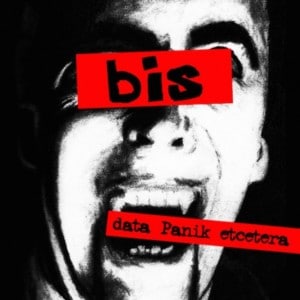 The music industry’s changed a lot since bis last released an album, never mind when they released their first. Back in 1996, when New Transistor Heroes appeared in all its scratchy vinyl and cut and paste cassette glory, the DIY scene was unwittingly having its last hurrah before digital would come along and make indie a whole lot more accessible.

In the pre-internet age, bis lived outside the worlds of Melody Maker and Select, gaining credence and gathering up fans through fanzines – not least through singer Manda Rin‘s own photocopied efforts. They looked to the likes of Bikini Kill, Huggy Bear, X Ray Spex and Devo for inspiration, but still managed to carve a sound that, almost 20 years later, sounds distinctively them.

They were famously the first – and only – unsigned band to appear on Top Of The Pops; a feat unimaginable for a myriad of reasons nowadays, and they were so massive in Japan that they had their own brand of Baby G watches created. Put simply, they were an indiepop dream come true.

Thirteen years since their last album Return To Central was released, the Glasgow trio are back with an album of new-to-us tracks, lifted from the year they rebranded themselves as data Panik, as well as some bis tracks that didn’t make it out of the rehearsal studio – and those who followed the band’s career will be delighted.

There’s none of the Hello Kitty hairclip wielding tracks about vampires and sweetshops of their debut – and rightfully so; their hyper-punk debut has achieved cult status, but Shonen Knife are surely alone in convincingly pulling it off past the age of 25. data Panik etcetera is a marriage of their second and third albums; Social Dancing’s glossier electro-pop and Return to Central’s more experimental digital sounds. It echoes ’80s electro pop; a slightly more sophisticated album that’s still irresistibly danceable and punky enough to reassure that you are, of course, listening to the same bis.

data Panik etcetera is a clash of new wave pop and disco; there’s just so much going on. Opening track Control The Radical sets the tone; it’s pure XTC before dissolving into a chorus-heavy singalong. Single Minimum Wage is probably the closest thing The New Transistor Heroes-era bis, with Manda Rin spitting out the lyrics with the tongue in cheek venom she always has. Mechanical Love is grinding and industrial against the anthemic, New Orderish Too Much Not Enough and Music Lovers. They’ve not completely lost all of their sci-fi/horror fantasies though – Flesh Remover ticks that box, while those who liked the dancier side of Return To Central will find plenty to enjoy in (That Love) Ain’t Justified.

One the album’s highlights is Cubis (I Love You) – one of the rare tracks released under the data Panik moniker – and for obvious reasons; it stands alongside some of the better known fan favourites, packing in a thousand squalling guitars, fizzing electro and split vocals.

There’s still an overriding humour behind everything bis do, making data Panik an intensely enjoyable album. Though they officially split in 2003, they’ve continued to dip their toe in the live scene, with occasional shows, including Islington Academy back in 2007 and, more recently, Spain’s Primavera Festival and a headline slot at last year’s Indietracks. They were as convincing on stage as this comeback of sorts is on record, so the brand new material they’re rumoured to be working on can’t come soon enough.