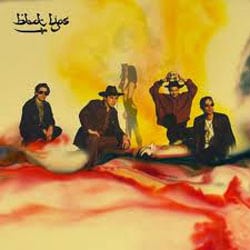 Arabia Mountain is Black Lips’ sixth LP. For a band as divisive, controversial, gleefully provocative and occasionally flat-out unlikable, that is a feat. The Atlanta quartet seem to represent touring debauchery; they feud, they punch, and they get stopped by the cops.

Occasionally all that baggage tends to outweigh the sometimes-remarkable music. Arabia Mountain comes to the world where the pro/con think-piece media buzz around the band is at an all time low, and somewhat coincidentally, it’s also probably their most professional LP to date. They’ve teamed up with bona fide hitmaker Mark Ronson and have cleaned up the buzzsaw fuzz that mired 200 Million Thousand. The songs are still delectably dingy, but the hooks are certainly more important than the aesthetic – sounding like the record that probably should’ve come after their initial breakthrough.

If you’re still willing to be won over by southern, glassy-eyed garage-rock, Black Lips haven’t especially switched their repertoire up. They may be more abstract – a Theremin reappears here more than in any other album in recent memory – but the sneer, and the soul, is still well in place. They embrace the same influences; jangly Hendrix-era psych, plywood country – all serrated with a brush of noise.

But in accordance with their populace producer, they seem to be putting more emphasis on a good live set. The swampy blast Family Tree, or the shoobie-doobie swing-rock Mad Dog, or especially the sugar-sweet Bone Marrow are among the most pop-minded compositions the band has put forth; they certainly have the heart of the below-fi rawness of the Lips’ ancient tapes, but the deftness of their producer puts them in a place not far from the Rock Charts.

That isn’t necessarily a compliment; plenty of scuzzy punks have lost their charm as the sound got more professional. But Black Lips keep their essence by, well, being almost aggressively weird. Their voices are still a smoke-scorched croak, they still only have a cursory knowledge of their instruments, and the song concepts range from tripping at an art museum to the foils of Spider-Man. In a sense that makes the Black Lips amongst the truest of the Nuggets revivalists – they’ve stuck to their guns on their disposition, and that’s helped create a Black Lips template.

In a sense that points to maturity, but it also removes the some of the spontaneity that originally made them so seductive. They’re a band that’s weathered the rise and fall of hype, internet debates and each other’s nerves, and have probably exceeded most expectations. The 16 tracks on Arabia Mountain does feel a little overstuffed, not enough ideas to merit the track list – but it does seem to mark the moment where The Black Lips settle into a groove. No more variables, and with an explicit definition , when news that Ronson had signed up to produce the world waited with hoodwinked anticipation to see what mess (or greatness) would result. We discovered the same band that we left. Consistent, yes, but also vaguely disappointing, the band may be at the peak of their powers but it’s almost a shame to see all the mystery drained away.