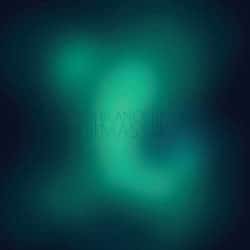 With its compelling combination of swirling, psychedelic atmospherics and subtle, entrancing beats, London duo Fuck Buttons‘ 2009 album Tarot Sport was one of the most accomplished and distinctive electronic records of recent years. A slow burning experience that drips gradually but insidiously into the listener’s consciousness, it stands out by drawing heavily on the experimental, sometimes abrasive sounds of post-rock pioneers like Mogwai – Benjamin John Power, one half of the Buttons, is a longstanding fan of the Scots – as well as more conventional dance floor and ambient influences.

Blanck Mass sees Power going it alone for the first time and the end result is a self-titled debut album that’s both similar and different to Tarot Sport. The cinematic, epic scale and effective use of sound manipulations such as echo and distortion that made such an important contribution to the latter record are still very much in place on Blanck Mass, but Power’s solo work also takes on its own individual direction by slowing down the pace to glacial and dispensing with the beats entirely.

Essentially what we have here is the soundtrack to a science fiction movie in waiting, with The BBC Radiophonic Workshop and Vangelis‘s Blade Runner score (although mercifully not the saxophones) obvious inspirations as well as the aforementioned post-rock scene. As long, sweeping tracks like Land Disasters and What You Know (a whopping 13 and a half minutes) glide serenely by, you can almost see the dramatic vistas of vast lunar landscapes and huge space ships drifting majestically towards undiscovered universes appearing before your eyes.

While Tarot Sport’s compositions often start off as understated and minimal before the addition of layer upon layer of noise steadily increases the tempo, Blanck Mass generally stays in the slow lane throughout all 10 tracks. Opener Sifted Gold sets the tone with its shimmering, otherworldly swathes of synthesiser and soft, twinkling alien burbles before it segues almost seamlessly into Sundowner, which sounds pretty much the same. The mood alters palpably on Chernobyl, an appropriately stately, melancholy piece that movingly evokes memories of the desolation this terrible tragedy caused, but Raw Deal slips back into blissful but rather shapeless meandering; the kind of music one typically finds on meditation CDs.

This is the pattern throughout Blanck Mass – it’s all very graceful and mellow, but only occasionally does something more dynamic and interesting happen to jolt the listener from a state of beatific torpor. The stark, monumental opening chords of Land Disasters are one such example; the disjointed whale song vibes on Fuckers another. The album ends rather like it began with closer Weakly Flier’s elegant sonic vapours wafting gently through the air, accompanied by the distant murmurings of birdsong and trickling water.

Sat alone late at night with headphones on and looking out into a star-filled sky beyond, there’s no doubt listening to Blanck Mass could be an enriching, almost transcendental journey. It’s a painstakingly constructed cathedral of sound, a record requiring complete attention and concentration in order to make the most of its charms; otherwise, it will simply float by inoffensively in the background. What it fundamentally lacks is the underlying rhythmic sensibility that adds an extra dimension to Fuck Buttons and gives them the scope to develop a track from simple beginnings to a euphoric, cacophonous conclusion. By stripping this ingredient away,Power is left with something that’s often beautiful but also strangely static.