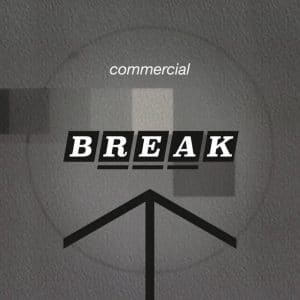 As its name implies, Commercial Break is something of a time out for Neil Arthur and Blancmange. It might be his 14th album under the name, but it breaks new ground for Arthur in its relaxed pace, an unexpected reliance on acoustic instruments and the use of outdoor textures through field recordings. All reflect Arthur’s experience of taking his hand off the tiller during lockdown, but at the same time they harness the natural burst of creativity that followed.

Once again he turned to the studios of Benge in Cornwall for production, and the location makes its mark immediately as lapping waves get the album underway. Soon we are on familiar lyrical ground, as Share Out The Light gets down to Arthur’s slightly sardonic storytelling. An amusing tale of watching Match Of The Day, it gets sidetracked to weightier topics. “It’s a wonderful thing, that there science!” he proclaims. He could be musing on the Covid vaccine. “How on earth did we all get by before enlightenment?”

This A State keeps the delicate balance of elegance and down to earth, domestic detail, while describing the newly familiar experiences of lockdown life, as “Down by the circus, lines of masked people waiting to be passengers on a bus due any minute.” Meanwhile Arthur’s preoccupation with domestic chores and rural events gets right to the heart of what concerned us during the intense periods of isolation. “All the bins are out,” he observes, looking down the street. In detailed illustrations of domestic minutiae he is unrivalled, always adding a touch of romance to the scene.

There is humour, too. “It’s five to five, it’s time for Crackerjack!” declares the title track. Things turn a little more sinister on Dog Walk In A Cloud. Even Blancmange, previously occupied with urban sprawl and city dwelling, is starting to appreciate the country, though there is a darker undertone. “One day let’s come back with power tools,” he says opportunistically, “make something of it!”

This halfway point of Commercial Break is a cue for the album to get out beyond the last house in the town and fully immerse itself in the country. Empty Street is unexpectedly languid and tender, mostly instrumental, while On A Ride adopts the trend of incorporating bird song in its field recordings. These feathered creatures, however, are low of voice, Arthur transposing them down two octaves for an unexpectedly fulsome sound. The effect, with running water included, is that of a woozy comedown.

This is a fascinating piece of work, marking the changes seen in urban life in the last year and a half, while simultaneously revealing another string to a bow we might have assumed was already fully strung. It is in effect Blancmange’s Pastoral Symphony, a renewed appreciation of the treasures to be found in the British outdoors, and confirmation of the daily pleasures they can provide. Arthur’s combination of hard exterior and soft interior becomes all the more likeable with each listen, as each lyrical vignette reveals its purpose and subtle humour. “Enjoy the sunshine,” he seems to say. “It’s brighter than you think!”