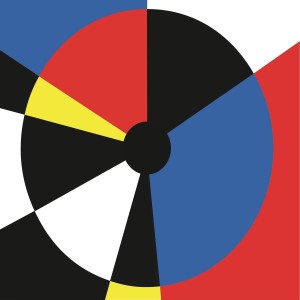 Forget all you know about Blancmange. Forget they were a duo comprising of Neil Arthur and Stephen Luscombe; Luscombe has been battling illness since 2011 and had to retire from the band. Forget that they released a handful of super-catchy synthpop hits in the 1980s. Forget Arthur’s Sideshow Bob hairstyle. They’ve all gone. Forget even how wobbly blancmange is, if need be. If, however, you heard the low-key release Nil By Mouth from last year then forget all the above instead as you will already know things have moved on, even since Semi Detached was released earlier the same year.

A hiatus of 25 years was ended in 2011 with Blanc Burn, but a seemingly rejuvenated Arthur is now knocking one out every six months. Whilst Nil By Mouth was entirely instrumental, Commuter 23 walks a similar path but this time adds back in the odd vocal here and there. In doing so, it dabbles in ambience and experimentation as before, as well as minimalism, synth soundscapes and occasional downright weirdness but with – in the main – a more humane feel, although barely touching the quirky synthpop of old.

A single – Last Night (I Dreamt I Had A Job) – will be released a week after the album and, set to an underlying motorik beat, this is possibly the closest Arthur gets to spiky, bouncy pop. Layers come and go, all the while underpinned by Arthur returning to the nightmarish dream he’s recalling where he actually had to go out and land himself a monotonous, meaningless, soul destroying job (just like the rest of us, then). Jack Knife is possibly the best track to feature vocals though; all very mellow, it weirdly sounds like a laid back Pulp track played in slow motion.

Album opener Red Shift (Blame Thrower) is an oddity. An ominous Thriller-like opening leads to an industrial soundscape that could be a sci-fi soundtrack depicting an automaton filled factory, the lyrics portraying bitterness as if dissecting someone’s character. There’s more experimentation elsewhere, too. Flight 2157 sounds like a curious, repetitive transmission to a manned spacecraft before added DJ scratching appears towards its conclusion.

It’ll Pass Maybe is weirder still, like binary code where yes and no answers leak out of a computer that’s making systematic decisions at an unbelievably pedestrian pace that even an abacus user could compete with, all set to Gary Numan-esque synths. The title track then appears like the minimalist of krautrock efforts in its earliest guise. Elemental Change is like a muffled, toned down Kraftwerk effort furnished with occasional twanging guitar, similar to early OMD, perhaps.

With so much experimentation on show, it’s like the sound of a man who had first realised his new found freedom with Nil By Mouth and is now beginning to diversify, exploring the various ways in which his experimentation and fascination with music and sound can take him. But it’s the tracks daubed in ambience that shine the brightest.

I Wish I Was You creeps into earshot like an effort by The Black Ryder before developing into a shimmering, ambient delight and Time Day_Night is sublime, a majestic vision of beautiful ambience that would have Brian Eno nodding in approval, crafting a vision of a serene place of peace.

After a couple of listens, Commuter 23 sounds ragged and raw but after a few more spins it begins to reward, particularly through its ambient moments. But 14 tracks are a lot to wade through, and it can be an arduous journey through the experimentation at times; if Arthur ditched the experiments and focused on ambience, however, something magnificent could be just around the corner.