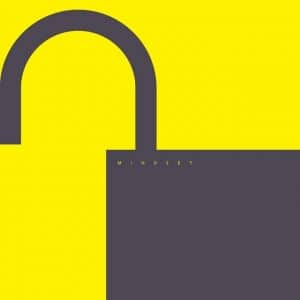 Blancmange may be a solo concern for singer Neil Arthur these days, but it has never been a more creative venture. As the eighth album he has released in the last nine years, Mindset finds him riding the crest of a musical wave – and that’s before we even include the two fine recent albums made under the Fader umbrella with regular collaborator Benge.

The two projects have much in common – Benge is on production duties here too – but Blancmange finds Arthur leading assertively from the front. He has always had a talent for lacing the most mundane observation with a touch of Romanticism, and his words prove effortlessly captivating again here.

It has always been easy to walk away with an inventive couplet or two from a first encounter with a Blancmange song, and Mindset is no exception. Examples include the admission on This Is Bliss that the subject is ‘drinking to forget – or was it to remember?’, while solace can also be taken from the use of seasoned English couplets such as ‘least said, soonest mended’.

Yet Mindset could not be classed as a comforting record, for its heart holds a darkness reflecting the negative impact of false information on our society. This spills over into outright worry on Insomniacs Tonight, as Arthur sings of how ‘there will be no light in this tunnel train of thought’. Even a song titled This Is Bliss has a sting in its tail. A story of how Arthur finds a cash-laden wallet in the middle of nowhere, it proves to be a bittersweet reminiscence from afar.

Antisocial Media has the most explicit references to fake news. A powerful insight into the wearisome task of checking every news story, every nugget of information for authenticity, it has a memorable, double-edged chorus, barking ‘Correct me if I’m wrong! Chastise me, un-baptise me, correct me – but not til the end of the song’.

In spite of the preoccupations in Arthur’s lyrics, Mindset is a very positive record musically. The bubbling synths of Clean Your House are captivating, as are the chunky beats and fat riff of Diagram, while the riff powering Warm Reception is vintage Blancmange. Benge’s collection of wondrous analogue instruments bring the lyrics to musical life with evocative orchestration that richly dresses the title track or draws back to the bare bones in Diagram.

As with much of his recent work there is a nagging suspicion that Arthur is saving the best and most emotive moments for last – and so it proves with the closing thoughts of When. ‘When is anything about what it’s about?’ he asks, ‘for example when you and I scream and shout’? The lumbering beat may drag its feet, but the twinkling electronics above suggest all is not lost, and that hope most definitely remains.

Neil Arthur, then, remains at the peak of his creative powers, and on this evidence the Blancmange surge looks set to continue. With so much material to lean on, Mindset feels like the work of a creator still fresh to his art. As a consequence the insights it offers are many and rewarding.