Bleachers – Take The Sadness Out Of Saturday Night 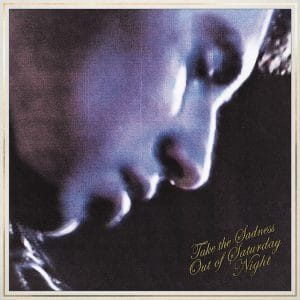 Jack Antonoff has earned his title of producer du jour over the last few years. He’s had a hand in notable albums by stellar female artists from Lorde and Taylor Swift, to Lana Del Rey and St Vincent, but his own recording career has been similarly prolific.

Antonoff is the man behind fun. (best known for the Grammy-winning duet with Janelle Monáe, We Are Young) and his own solo project Bleachers. It’s under that guise which Take The Sadness Out Of Saturday Night has been released, for Bleachers’ third album and it’s intriguing to see whether Antonoff has the same Midas touch over his own material as he does with others.

For his third album, Antonoff’s guest list is as starry as you’d expect. Del Rey pops up on one of the best tracks, Secret Life, and Zadie Smith (yes, the White Teeth author) receives a co-writing credit on the opening 91. The most impressive name, though, is Antonoff’s fellow New Jersey resident, a certain Bruce Springsteen.

In fact, much of Take The Sadness Out Of Saturday Night seems like a direct homage to the E Street Band. Chinatown, in which The Boss himself takes guest vocals, is the most obvious example; here is a big brooding widescreen stadium ballad. When Springsteen makes his entrance, the song takes on another dimension and seems to be lifted up to the heavens.

Elsewhere, How Dare You Want More recreates the jittery energy of early E-Street, with a saxophone solo that’s channelling the spirit of the late Clarence Clemons, while Don’t Go Dark taps into Springsteen’s more melancholic side, while still sounding like an Arcade Fire cover.

And that is, in essence, the trouble with Take The Sadness Out Of Saturday Night – there’s a lot of nods and winks to other artists, while Antonoff’s own personality remains hidden. Every track on the album is nicely played and produced, but there’s nothing that really stops you in your tracks. Stop Making This Hurt is drenched in the pop sensibility that we know Antonoff’s an expert in, but if you weren’t already aware it was Bleachers, it could be any band.

Yet there’s no denying though that Bleachers know how to make immensely listenable pop music. And Antonoff isn’t afraid to get creative either, as demonstrated by Strange Behaviour, a track from one of his old bands Steel Train, and stripped down to a Sufjan Stevens-style whisper. Secret Life is also a beguiling, world-weary ballad with Del Rey popping up to add her trademark languid vocals.

Despite the album’s title, it all seems to end on a bit of a downer, with a trio of hushed acoustic ballads – although the final track What’d I Do With All This Faith does have some beautiful horn arrangements. It feels a bit too calculated to be genuinely affecting though. If he really lets himself go on the next Bleachers outing, Antonoff could well produce something the equal of his famous collaborators.

More on Bleachers
Bleachers – Take The Sadness Out Of Saturday Night