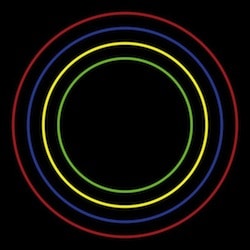 Bloc Party’s career seems to have been, up to now at least, a case of ever-diminishing returns. Having made quite a splash in 2004 with their startlingly confident debut Silent Alarm, they proceeded to fall away in a manner reminiscent of many of their contemporaries of that era.

There was the underwhelming A Weekend In The City, the very patchy Intimacy and a brilliant but bizarre solo album from Kele Okereke which was more influenced by Wiley than Wire. It all came to a confusing head last year when the band were reported to be auditioning new singers, until Kele announced that it was all a hoax on the music press and a new album was on its way.

Now, four years after Intimacy, comes the album that Bloc Party fans feared they’d never hear. And, fittingly enough after all the confusion and doubt over its release, it turns out to be the best thing they’ve ever done – yes, even better than Silent Alarm.

From the offset, it’s clear that any ‘indie-schmindie’ jibes aimed at Bloc Party can be safely put to rest. Here, from the very first monsterous riff of So He Begins To Lie, the quartet sound vital, angry, focused and, at times, impossibly brutal.

For, if Intimacy was the sound of Okereke’s electro urges being sated, Four is very much a showcase for Russell Lissack’s guitar playing – take the extraordinary crunch of Kettling, the howling 3×3 or Coliseum, which updates the Pixies’ classic ‘quiet-LOUD-quiet’ template for the 21st century.

That’s not to say that Four is a wilfully uncommercial album – indeed, there are some tracks here that are Bloc Party’s most accessible songs to date. The slinky groove of Real Talk, the catchy singalong that is V.A.L.I.S. and the gorgeously atmospheric Day Four (the closest that the album comes to a ballad).

It’s also striking to hear how energised Okereke sounds throughout Four – at times, such as on 3X3 he sounds downright scary, bellowing a repeated refrain of “No means No”, or on Team A murmuring “I’m gonna ruin your life…ruin your life”. The latter is one of the highlights of the album, skilfully melding the new, heavier sound with the jittery, tension-fuelled atmospherics of old.

Of course, Okereke has always been prone to dropping the odd lyrical clanger (who can forget “East London is a vampire, it sucks the joy right out of me” or tales of eating foie gras with complete disdain). Here, that tendency is less prominent, although Kettling is still a well-intentioned attempt to get into the minds of last year’s London rioters which falls a bit flat – “we smash the window, po-po don’t fuck about, as the cameras take pictures of us, we just laugh” – thankfully, it sounds so utterly thrilling that you don’t even notice the lyrics.

If there is a quibble with Four, it may be slightly too long, with a couple of tracks towards the end of the album wavering close to filler territory, but the crunch of We Are Not Good People ensures that the album ends on an adrenaline-fuelled high.

It’s the album that Bloc Party always threatened to make, the one that, against all the odds, raises them to a whole new level. If this is what a long break does for you, it should be compulsory for all other bands.