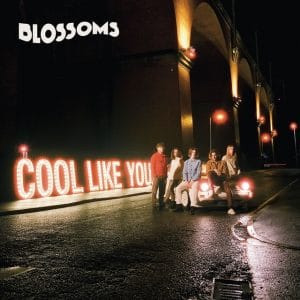 Since bursting onto the scene in 2015 with their best-known tune, the irresistibly addictive single Charlemagne, Blossoms have made no bones about what they aim to achieve through their music. The Stockport quintet simply want to make catchy songs with huge choruses that appeal to as many people as possible. And if Charlemagne was their mission statement, their self-titled debut delivered on their promise big time.

Owing something of a debt to The Stone Roses, their melodic, psych-inflected indie pop quickly found an audience and scored the five school friends a number one in the UK Albums Chart at their very first attempt. The record was littered with anthemic choruses that proved Charlemagne was no one-off as Blossoms became festival favourites and received Brit and Mercury Prize nominations for their efforts.

Having had so much success with their nostalgia-inducing, radio-friendly tracks the first time around, it comes as no surprise then that Blossoms have not strayed too far the same formula on their second album, Cool Like You. The nonchalant title does a good job of setting the scene for their return as the familiar keyboard flourishes on opener There’s A Reason Why (I Never Returned Your Calls) sees them pick up where they left off.

It’s followed by lead single I Can’t Stand It, which also feels like putting on a comfy pair of old slippers due to the stabs of synth and the infectious chorus, as frontman Tom Ogden sings: “I’d forget you if I could/ I know I probably should be sleeping/ Not thinking this through/ But I can’t stand it.” There’s nothing radical or daring here, but it’s hard not to be impressed by their knack of coming up with effortless, melancholic pop.

The most significant development on Cool Like You – and one that is noticeable from the off – is the band’s decision to strip back the guitars that dominated their debut in favour of a greater emphasis on synths. Unfaithful is a perfect example of this approach, with the expansive keys muscling a slinking bass riff into the background, while the reliance on the electronic is even more pronounced on the slower tempo Stranger Still, where Ogden muses on loneliness (“Since you left my heart there’s a vacancy”).

While it seems like a natural step for a band whose first record was already tinged with synths and had a glossy sheen to its production, the results on Cool Like You struggle to match the immediacy of their debut. The twinkling melody and rumbling underbelly of Between The Eyes will certainly not last long in the memory, while the heavier Giving Up The Ghost gradually builds towards a chorus that, ultimately, just falls a bit flat.

And that’s the crux of the problem with Cool Like You. It rarely lives up to the heights that its predecessor achieved. How Long Will This Last is an admirable effort and is easily one of the highlights of the album, delivering euphoric synth-pop and a catchy chorus, while I Just Imagined You brings a welcome change of pace with its frantic beat before the strutting confidence and powerful stomp of penultimate track Lying Again.

However, having evolved from the synth-based direction hinted at by Honey Sweet on their first album, Cool Like You never really fulfils its potential. Lyrically, the themes of infidelity, relationship breakdowns and love remain prevalent – closing track Love Talk sees Ogden sing about a new relationship over throbbing synths. But while their sophomore effort starts off strong, the lack of anthems results in what feels like a missed opportunity.