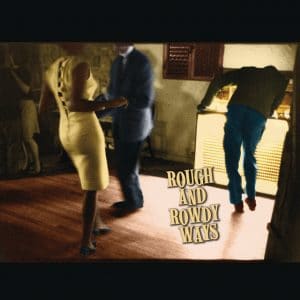 When Bob Dylan released his self-titled debut album in March 1962, JFK had just completed his first year as US president and Harold MacMillan was the UK prime minister. The death of Marilyn Monroe, the Cuban Missile Crisis and the first James Bond film were still a few months away. It feels like a different age, yet here we are in 2020 and Dylan is still going strong, now a Nobel laureate and as much a part of the western world’s cultural legacy as Shakespeare, Mozart and Picasso.

Over the past couple of decades or so, the great man has seemed content to amble along rather innocuously; hosting his own radio station, continuing his ‘never ending tour’ around the globe and, after the well-received early 2000s albums Love And Theft and Modern Times, restricting his recorded output to languid covers of Great American Songbook standards. As he approached his 80th birthday, many fans were beginning to accept that Dylan might never make another truly important contribution to his towering canon.

Rough And Rowdy Ways completely blows this assumption apart. It is, quite simply, a staggeringly good record for an artist at this late stage of what has been a remarkable career, entirely made up of original compositions and worthy in its own way to stand alongside the masterpieces of its creator’s mid-’60s and mid-’70s halcyon periods. It’s an album of rich, autumnal hues, in some ways similar in mood to Leonard Cohen’s You Want It Darker, and in terms of song writing craft, lyrical virtuosity and emotional resonance, it’s easily Dylan’s best since 1997’s Time Out Of Mind.

The signs were there earlier this year with the release of Murder Most Foul, a 17 minute long sprawling epic that used the shooting of the aforementioned JFK as a focal point for a dizzying array of nostalgic imagery referencing everyone from silent film stars Buster Keaton and Harold Lloyd to Gerry And The Pacemakers and the Birdman of Alcatraz. It may be a little glib to call it Dylan’s 21st century updating of Desolation Row, but it was nevertheless a work of similarly phantasmagorical intensity, although the vivid, pealing guitars of the Highway 61 Revisited denouement were replaced by gently rolling piano and sedate swathes of violin.

Murder Most Foul very much set the template for Rough And Rowdy Ways, and takes up the whole second disc of what’s a double album. Of the preceding half’s nine tracks, there are a few examples of the rollicking barroom blues that Dylan has favoured in many of his latter day outings – with one, Goodbye Jimmy Reed, actually harking back much further, with a swagger and tempo very reminiscent of Blonde On Blonde’s Leopard Skin Pillbox Hat. But the prevailing style is stripped back and crepuscular, with Dylan’s voice, worn by age into a world-weary, sandpapered croak, accompanied by only muted twangs of guitar and occasional organ, piano, harmonica and ghostly slivers of strings. The soaring choruses of his youth have long since evaporated; Dylan doesn’t really do melody any more, and the best songs on Rough And Rowdy Ways, like I Contain Multitudes and Key West (Philosopher Pirate), meander and glide serenely, rather than building to Like A Rolling Stone or Knockin’ On Heaven’s Door-like anthemic crescendos.

As ever, entire dissertations could be dedicated to unravelling the mysteries posed by Dylan’s endlessly intriguing, formidably literate lyrics. It’s hard to pick out highlights amidst the kaleidoscopic roll call of presidents, poets, biblical figures and early bluesmen; the effortlessly original metaphors and bittersweet reflections on life, love and the inexorable passing of time. But False Prophet’s “Don’t care what I drink/I don’t care what I eat/I climb the mountains with swords on my bare feet” perhaps best sums up the enduring defiance and snarling individualism that define Bob Dylan’s unique, eternal genius. If Rough And Rowdy Ways ends up being his last major work, it’s a hell of a way to bow out.