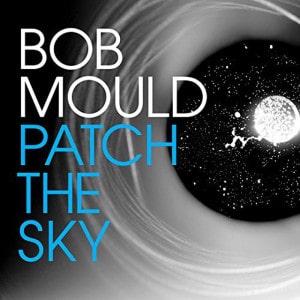 Before Nirvana, even before Pixies, there was Hüsker Dü. Back in the mid-’80s, the Minnesotan trio released a series of albums that, while never troubling the charts, could quite easily be described as game-changers. Records like New Day Rising, Candy Apple Grey and the seminal Warehouse: Songs & Stories married ear-splittingly furious noise with gorgeous melodies, creating a template for an entire genre that came to define the ’90s.

After Hüsker Dü split, Bob Mould (who split the songwriting with Grant Hart but was pretty much the de facto ‘leader’ throughout the band’s career has seen some peaks and troughs. His post-Hüsker band, Sugar produced two of the finest albums of the ’90s in Copper Blue and Beaster, but much of his solo career since has failed to hit his previous heights.

Recently though, Mould seems to have hit a late career renaissance. 2012’s Silver Age was a genuine return to form, full of righteous anger and sparkling melodies, while Beauty & Ruin repeated the same trick a couple of years later. Now comes Patch The Sky, the third installment in that trilogy. Like its two predecessors, there’s some heady, intense material here, but it’s counterbalanced by some truly life-affirming tunes.

If you’ve not heard any of Mould’s material since Sugar’s heyday, then Patch The Sky sounds like he’s just picked off from where he’s left off. Maybe it’s the chemistry and stability of being in a trio again (since Silver Age, his back-up band has consisted of bassist Jason Narducy and The Mountain Goats‘ Jon Wurster on drums), but he sounds more relevant and vital than ever. Opening track Voices In My Head even has a slight melodic similarity to Sugar’s classic track Hoover Dam, while Pray For Rain and Losing Time feature the breakneck riffs that have become Mould’s trademark.

Lyrically, it’s clear that Mould is still in a dark place. Beauty & Ruin was mostly inspired by the death of his father, and since then his mother has passed away too – as you’d expect from a man whose career has bumped up against suicide, drugs and depression, he’s a master at staring into the abyss. Pray For Rain, though, is bright and optimistic, despite being a full-on 100 mph skelter through a damaged psyche, and the deceptively light and breezy Losing Sleep sees Mould contemplating mortality and the universe itself.

Daddy’s Favourite returns to the subject of Mould’s late father, and is possibly the heaviest thing on the album, full of gritty, grimy riffs, while Hands Are Tied is a breathless, sub two-minute skip that recalls Mould’s hardcore past. Best of all, he’s certainly not forgotten how to write a tune – Hold On is gloriously optimistic and catchy and The End Of Things (with Mould’s vocals buried deep within the mix, as they were on Beaster) seems tailor-made for thrashing around in a mosh-pit.

Patch The Sky is certainly a difficult listen but it’s not without a odd kind of sweetness – it’s full of grief and bleakness to be sure, but there’s also an exhilarating sense of catharsis to be had. It’s the type of thing that Bob Mould does incredibly well, and has done for the last thirty years or so.