Bonnie Prince Billy – I Made A Place 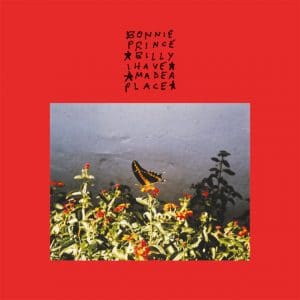 Will Oldham, aka Bonnie Prince Billy, has over recent years released covers albums of songs by Merle Haggard, Susanna, The Mekons and even himself, and collaborated with Bryce Dessner, Eighth Blackbird and Bitchin Bajas. Yet somehow I Made A Place is the first album of entirely new Bonnie Prince Billy songs since 2011’s Wolfroy Goes To Town.

Oldham has played around with musical styles through his career to date. While his albums have broadly focussed on his voice and guitar, some sit within traditional country (Palace Greatest Hits), some are best described as singer-songwriter (I See A Darkness), some are brilliantly noisey (South In The Southeast), and yet others could be called Americana (Ease To Find). Would the collaborations and covers albums of late offer any clues as to his chosen path this time?

It is clear from the outset I Made A Place is a confidently varied and musically brilliant affair which showcases the breadth of his songwriting palette. Opening track New Memory Box begins with a banjo riff before developing into a strongly countrified jam complete with yodels from Oldham. A complete contrast follows with Dream Awhile, a softly beautiful song which opens with a languid flute line and sports a chorus featuring female harmonising vocals courtesy of Joan Shelley (she returns periodically throughtout what follows, especially effectively on The Glow Pt 3).

The album oscillates between these two tempos from there on, with The Devil’s Throat returning to country only for Look Backward On Your Future, Look Forward To Your Past to strip things back to guitar and vocals, and with the title track initially pitched in similar territory. Throughout, and as always with Oldham, humour and romantic lyricism abound; Squid Eye has a delicious reference to both Aquaman and Aerial from Little Mermaid.

The album’s sequencing convincingly mixes up musical styles, showcasing Oldham’s songwriting chops admirably. From moments that lull in tempo like This Is Far From Over or Mama Mama, to uptempo songs like The Devil’s Throat, given the question of what path would Oldham pursue, the simple answer is: all of them.

Closer Building A Fire is a perfect piece to finish. Bassoon, picked guitar and simple drums build over a repeated pattern to a gloriously quiet end, with vocal backing that hints at gospel whilst Oldham repeats the line “you can look for me there” over and over. Once the crescendo is reached the song concludes with quietly haunting acoustic guitar. It’s quite magical.

Discussing the album, Oldham spoke about his music as “songs intended for the intimate listening experiences of wonderful strangers who share something spiritually and musically”. It turns out to be a perfect description of this beautiful work, one which gets toes tapping, and urges by turns sing-alongs and tears elsewhere. Not only is I Have Made A Place the most consistent work Oldham has put out in some time, it is up there with the finest in his now very extensive back catalogue.