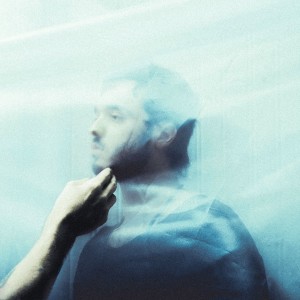 Beyoncé’s most recent, self-titled album arrived unexpectedly online at the tail end of 2013. Almost as surprising as the album’s mode of release was its list of credits: alongside established artists like Sia, Timbaland and The Dream stood the mysterious name of Boots. Similarly eyebrow-raising was the appearance of the songwriter Jordan Asher on eight songs. It turned out that Jordan Asher and Boots are one and the same, and that this previously (almost) unknown musician had contributed significantly to Beyoncé (the album)’s alluringly dusky sound.

Since Beyoncé, Boots has contributed to Run The Jewels’ acclaimed second album and FKA Twigs’ M3LL155X EP. He’s also been developing himself as a solo artist, drip-feeding songs on to his Facebook page across 2014. Aquaria (styled as ‘AQUΛRIA’) is Boots’ first full-length album and it finds Asher mostly alone, save for a solitary vocal turn by former Dirty Projectors member Angel Deradoorian, production help from El-P and drums from Autolux’s redoubtable Carla Azar.

The sound that Boots perfected on Beyoncé – twilit, alternately claustrophobic and expansive – is present and correct across Aquaria’s 11 tracks. It’s a tad more varied, though: one can hear the influence of industrial rock on Bombs Away, I Run Roulette and Dead Come Running; C.U.R.E.’s clipped arrangement is reminiscent of Timbaland, while Oraclies and Still could almost pass for indie rock were it not for the murky arrangements.

The Achilles Heel of Aquaria is simple but, ultimately, fatal: the album lacks anything approaching a memorable melody. Anyone who contributed to Beyoncé tracks such as Drunk In Love, Partition and Haunted clearly has some songwriting chops. Unfortunately it appears that Asher is an excellent collaborator but a much less distinguished solo operator.

Deradoorian is wasted on the title track; the topline melody sounds more like an improvised guide vocal than the finished product. Elsewhere, multiple tracks pass by without landing a decent hook, a problem exacerbated by Asher’s own vocals, which are fine but too tentative and only add to the aimlessness of these songs. A nadir is reached on Dead Come Running: to say that it sounds like Run The Jewels recorded underwater is to be generous to this track – its four minutes of lumbering tunelessness are a waste of everybody’s time.

The best song on Aquaria comes at its death. Still is a pleasant number that’s oddly redolent of an Arctic Monkeys ballad. It’s a decent song but it also feels rather like a sketch to be finished off by another songwriter and sung by someone else. Beyoncé, perhaps.

Asher is manifestly talented, so perhaps Aquaria is best described as a tentative testing of the water before his next big production job. But there’s not a lot of fun to be had by the listener here.