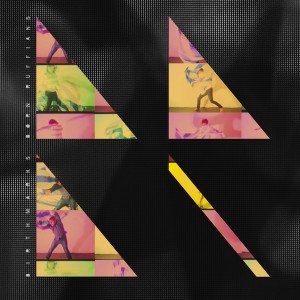 Let’s take a trip back to the late Noughties, that golden era of indie landfill, when you couldn’t move for the hoardes of skinny-jeaned young men attempting to force spiky guitar riffs down your throat in the hope of being hailed as the next Arctic Monkeys, or dabbling in Afrobeat and calypso to cash in on the Vampire Weekend phenomenon.

Some of these bands, such as The Maccabees and The Horrors, have evolved, experimented, and become well-respected mainstays of alternative guitar rock whose latest albums are greeted with frenzied but deserved adulation by large swathes of the music press. Most, however, made a bit of a splash with their debut and then fell by the wayside – what happened, for example, to Good Shoes? Where did Tokyo Police Club go?

Born Ruffians’ splash came in 2008 with their debut album Red, Yellow And Blue (though the band had self-released an album four years earlier under the name Mornington Drive). Red, Yellow And Blue spawned the thoroughly cracking single Hummingbird, which has an almost illegally infectious guitar riff that even people who’ve never heard of the band could hum to you thanks to its use in a number of adverts and that bastion of late Noughties culture, Skins. Since 2008, though, Born Ruffians seem to have fallen into that limbo inhabited by so many of their peers, where records continue to be made but nobody ever hears them apart from music blogs and a hard core of dedicated fans.

The Toronto band’s third record Birthmarks is nothing if not pleasant. The endearingly rough edges of Born Ruffians’ earlier releases have been sanded smooth and slicked over with a glossy coat of varnish, but that’s not the problem. The problem with Birthmarks is twofold: a lack of originality and a lack of hooks. Alone, these are more-or-less forgivable sins in music – nobody cares all that much if a band is somewhat derivative if their songs stick in the head for days; equally, no one minds when a band’s tunes aren’t that catchy if they’re genuinely doing something new and different. But when these twin evils occur together, it renders the whole exercise slightly pointless.

It’s not that the songs on Birthmarks are necessarily bad. Some of them are really quite good: opening track and lead single Needle’s vocal melody has the sweetly simplistic appeal of a sea shanty, sung first over atmospherically rippling chords and then over echoing, upbeat guitar stabs and punchy drums. Ocean’s Deep is an energetic number stuffed with syncopated beats and joyful guitar riffs, while following track Permanent Hesitation is like some sort of Vampire Weekend and Hot Chip hybrid, with an uplifting, carnivalesque chorus that begs to be sung along to en masse, and unashamedly sensual, danceable verses. There’s nothing radically new about them, buts there’s a sense of fun about these tracks that’s irresistible.

None of this, however, is enough to save Birthmarks: the fact is that most of the tracks on the record fail to make much of an impact. They’re not bad songs – well put-together, intelligently written – but they’re too pleasant, too agreeable, and none of them are really doing anything that hasn’t been heard before. In short, Birthmarks doesn’t so much grab the listener’s attention as skim off the consciousness like a flat pebble on the sea, and there are plenty of other bands out there – Generationals, the aforementioned Vampire Weekend – who have a similar sound but with songs that you can remember for more than 10 seconds after they’ve finished.