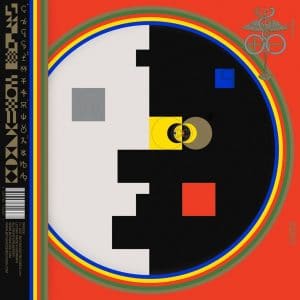 Something of a rubicon was crossed when Alexander Ridha, aka Boys Noize, released Mvinline on Defected Records last year. It was a mile away from the overdriven glitchy tones of 2007’s Oi Oi Oi, and consolidated Ridha’s position in the mainstream of club music. +/- delivers intense techno bangers, playlist-friendly grooves and lots in between, but the driving force behind the record is a powerful sexuality.

Lead single All I Want is a prime example, featuring Jake Shears of Scissor Sisters on vocals and pairing a slinky, minimal house beat with commanding come-ons. Rico Nasty also brings a fiery attitude to Girl Crush, with an auto-tuned tale of desire (“She keeps dancing with me / she keeps dancing on me / all the lights are strobing / she’s trying to control me”) over booming, distorted bass hits. Tracks called Sperm and Nude speak for themselves, while XYXY centres around an explicit declaration of homosexuality.

Xpress Yourself is a straight-up tech house heater, as a fizzy ostinato burbles away and layers of percussion provide an irresistible groove, with the titular distorted whisper bringing back distant memories of Daft Punk’s Steam Machine. However, for most of the album Gesaffelstein serves as a greater influence, the kicks and snares hitting with industrial force.

The electro-meets-Timbaland stylings of Affection are decidedly catchy, and the earworm hook – delivered with panache by ABRA – is one of the most memorable on this record, with Kelsey Lu’s soaring vocals on Love & Validation another strong competitor. Ridha can still take things in a more abrasive direction when he wants to, as with the noisy riff of Detune and the skittering breakbeats of IU, though it’s a shame that the latter is marred by the discordant moans of Corbin.

While +/- is, as the title suggests, an album of contrasts, the diversity works to Ridha’s advantage and makes for an exciting listen.