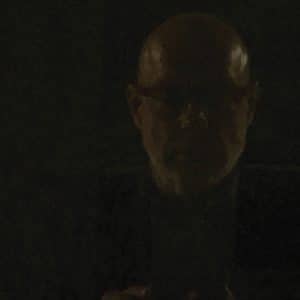 If 2016 was a rollercoaster of a year (or, as some would probably prefer to put it, an out of control car careering down a hill, past a sign marked ‘this way: seventh circle of Hell’), then you may appreciate a bit of reflection over the New Year. The aptly titled Reflection, the 19th solo album from Brian Eno, may well provide that.

Over the course of his career, Eno has worn many hats: Bacofoil-costumed keyboardist for Roxy Music, key collaborator for names such as David Bowie, David Byrne, U2 and Coldplay, and tireless political activist. Yet it’s his ambient compositions that seem to be his first love, and Reflection is the latest addition to his impressive canon.

However, Reflection can’t really be described as an ‘album’ in the traditional sense. It’s one track which lasts for 55 minutes, during which it ebbs, flows, occasionally picks up pace, and then slows down again. If you’re not an ambient fan, it may well test your patience, and you could well wonder when anything is going to happen – and, if you do think that, you’ll be thinking it throughout the entire (near) hour.

Yet, that’s the entire point of ambient music – a formless, dreamlike symphony which follows its own path. On Refection, there are chimes, some subtle whistles, a synth drone and, every now and again, the odd little shiver of feedback. It unfurls very, very gradually (not so much at a snail’s pace, more like a three-toed sloth’s typical afternoon), and it takes a few plays to figure out that there is some kind of structure among the ambience.

Every so often, the synths will become a bit more mid-tempo, and there’ll be a strange sense of menace or portentous doom invoked, and then it’ll disappear and stillness reigns again. The overall effect is a disorientating one – tranquil and thoughtful, with an unsettling undercurrent always bubbling underneath. As the piece glides to a close, there’s a sense of some kind of climax, before it eventually fades away (very slowly, of course) into silence.

It won’t be to everyone’s taste – Eno’s seminal Music For Airports, or even his work with Bowie on Low, would probably make for a better entry-point for ambient virgins – but Enophiles will lap it up. Indeed, there’s even the option to listen to Reflection through an app which allows the listener to play an endless version of the piece, which somehow manages to sound subtly different whenever it’s played, dependent on the time of day. It’s maybe not something to play every day, but an ideal companion piece for when you’re feeling more contemplative than usual.