My Brightest Diamond – This Is My Hand 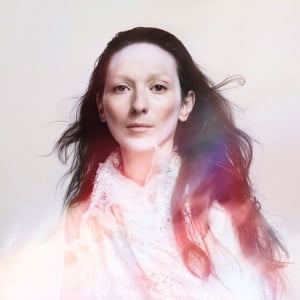 My Brightest Diamond, otherwise known as Shara Worden, is a Michigan born, New York-based multi-instrumentalist with a background in classical music. She’s had a varied if somewhat underwhelming career to date, with an array of projects dating back to her student days in Texas during the late 1990s.

After graduating, Worden spent a period based in Moscow and then, back in Brooklyn, fronted a band including wine glass and wind chime players, and has made guest appearances on albums by US indie luminaries Sufjan Stevens, The National and The Decemberists. She emerged as My Brightest Diamond in 2006 and three albums have followed since – most recently 2011’s All Things Unwind, all of which combined a quirky singer-songwriter quality with classical arrangements and operatic vocals which owe much to their creator’s past.

What’s immediately apparent about This Is My Hand is Worden’s ambition to move her sound in a different, altogether more rock-orientated direction. The more theatrical flourishes certainly haven’t gone away – indeed, opening track Pressure begins with a flurry of marching band drum rolls and flute trills that would fit very neatly on any of the earlier My Brightest Diamond albums. But midway through the song, programmed beats and jagged synthesisers suddenly enter the mix to create very different, altogether more contemporary textures.

Before The Words continues in a similar vein, with its urgent, tribal beats and fractured, chanted vocals recalling Kate Bush’s The Dreaming album. Lover Killer boasts a funky horn riff that wouldn’t sound out of place on an R&B record, while I Am Not The Bad Guy uses brass in a completely different way to create a menacing atmosphere that matches the song’s defiant lyrical theme. Halfway through the album, it’s abundantly clear that My Brightest Diamond has opted to stop sparkling so prettily and is now a very consciously less polished jewel.

The absence of the slightly cartoon-like tweeness that characterised last album All Things Will Unwind is a mixed blessing. It’s certainly a step forward for Worden in terms of being taken more seriously as an art rock performer with its rougher edges, yet this comes at the expense of some of the melodic playfulness of her earlier work. A case in point is the closing track Apparition, which is as icy and foreboding as its name suggests, yet strangely shapeless and unengaging. Its retro electronica could almost have been lifted from Boards Of Canada’s back catalogue; the vocal recalls early Goldfrapp – a juxtaposition that could really work if only the song was strong enough to bring it to life. The second half of This Is My Hand is largely in a similar vein – often ambient but with occasional flourishes of industrial noise or soaring vocals – quite interesting at times, but rarely compelling.

With this album, Worden seems intent on muscling in on the territory of innovative but hard-nosed American mavericks like St Vincent and Dirty Projectors. Ultimately though, This Is My Hand falls some way short of emulating the standards of those acts. It’s undoubtedly a step forward for its creator, just not necessarily along the right route, despite some promising moments during the first half. At the end of the day, it’s all about the songs, and on this evidence, Worden’s aren’t terribly well suited to where she’s heading.

My Brightest Diamond MP3s or CDs

My Brightest Diamond on Spotify