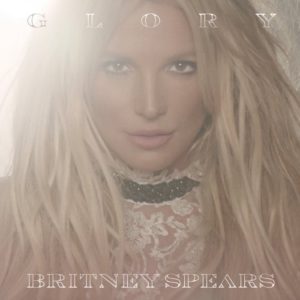 “That was fun,” murmurs Britney Spears at the end of What You Need, the final track on the ‘standard edition’ of what is, believe it or not, her ninth studio album, Glory. And fun is something that seems to have been lacking from Britney’s life of late – the most recent of Spears’ output seems to have been defined by a certain dead-eyed listlessness and lack of energy. Sometimes, as on Blackout, this held a strange kind of fascination, but mostly, as demonstrated by her last album Britney Jean, the effect soon became somewhat depressing.

Glory, however, brings back the fun and dumps the mope. And while it may not ever touch the heights of her heyday – there’s no equivalent to Toxic or Baby One More Time – it’s the first time for a while that Britney actually sounds like Britney, and not just a puppet controlled by a long list of producers and songwriters (although, admittedly, the list of various collaborators on Glory is about as long as your arm). The songs too are some of her strongest for some time from the heartbroken ballad to the full-on party banger, with a range of notable influences from today’s younger generation of pop stars.

There’s a left-field pop sensibility to many of the tracks on Glory which work extremely well – the BloodPop (aka Blood Diamonds) production on Better, and the hook-filled disco anthem of Clumsy (where Britney manages to work in a call-back to Oops I Did It Again) are both undoubted highlights, while Do You Wanna Come Over has a rush and urgency about it which marks it out as one of the album’s best songs. Admittedly, there are far too many times where Spears’ voice is auto-tuned beyond all recognition, but complaining about auto-tune on a Britney Spears album is a bit like complaining about Kanye West‘s ego being too large.

There are also some undoubted mis-steps – Private Show could almost be a self-parody, with a robotic Britney inviting us to “slide down her pole, watch me work it and twerk it” and at 17 tracks long (on the ‘deluxe edition’ at any rate), it probably could have done with a more ruthless editor to chop off some of the fat, and maybe rework the running order – opening song Invitation is nice enough, in a slow and languid way, but it doesn’t really announce Spears’ return as effectively as the following Make Me perhaps does.

And yet when Glory works, you’re convinced that Britney could well challenge the likes of Carly Rae Jepsen or Taylor Swift as a genuine pop queen of 2016. It’s there in the heartfelt ballad of Man On The Moon or in the skeletal funk arrangements of Just Luv Me – and while it shouldn’t be a shock these days to hear the world’s most famous erstwhile virgin drop the F-bomb and sing about making sex tapes on Slumber Party, it still manages to possess a slightly illicit thrill.

Like Britney herself, Glory is a fascinating if flawed listen – while she remains very much a singles artist, this is her most successful record in a while, and still contains glimpses of why she remains so compelling, 18 years into her career.