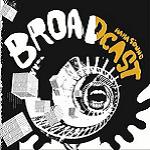 This Birmingham electronica outfit have kept us waiting three years for another batch of nocturnal, trippy pop collages since their eagerly awaited debut The Noise Made By People came out in 2000. This latest offering has charmed many critics already with its dreamy, spaced-out, hypnotic music.

The record chimes in with bells on opener Colour Me In, which features childlike vocals that appear throughout the album. Pendulum, which was released as an EP last spring, gives pointers to the darker side of the group’s music, a side that is in the minority on Haha Sound. The track’s drum beats and industrial noises provide a brooding backdrop to a vocal line about hypnotic forces.

Before We Begin brightens up the mood again, as it starts like a missing track from Air‘s seminal Moon Safari. Valerie continues the dream pop theme, mixing acoustic guitar and nautical noodlings with fuzzy feedback to make a new form of lullaby.

The drums return on Man Is Not A Bird, but the airy, synth vocals continue to quietly dominate. Like many a great electronica number, Minim is slightly crazy: ponderings about bells and their resonance in this world give way to an up-tempo jazz jam with vocals that wander into German, for reasons best known to the band.

The kids are back on top for Lunch Hour Pops. Indeed, the track begins with what sounds suspiciously like a child playing with it’s parents’ keyboard, though that would not do justice to Broadcast’s judicious selection of samples and beats on this record, a task that is anything but child’s play. The track evolves into a love song that uses balloons and clouds as its vocal imagery. A delight.

Instrumental Black Umbrellas offers syncopated drum beats that steadily increase in tempo making it sound like a train starting up, until the pace is fast enough to make a soundtrack to a clown routine. All in an electronica album’s day’s work, I suppose.

Love lost is the theme of Ominous Cloud, a song that features arched arpeggios and cymbal crashes that have echoes of alt-rock dreamweavers Mercury Rev‘s latest album All is Dream. Percussion study Distorsion is just that – distorted. Kettle drums take the lead while experimental synth sounds fly around with a carefree lack of purpose.

Brief refrain, Oh How I Miss You is slightly disturbing. The same line is repeated for 77 seconds, and then vanishes without a trace. The Little Bell finds Broadcast back on top form. It’s a swashbuckling little number that chimes in with more childlike lyrics, this time musing about the purpose of clocks. Winter Now sustains the dreamy mood, but peppers the air with musical icicles. The album ends on a low note, with the slow, dark, dirge Hawk that closes the record on an almost funereal tone.

Broadcast make no secret of the fact that their music is inspired by electronica pioneers The United States of America. But their records mark a point on the modern musical map somewhere between Air, Sigur Ros and M�m, and not too far from the Cocteau Twins. If you are a fan of any of these bands, you’re sure to be enchanted by the bright, ambient music on Haha Sound.