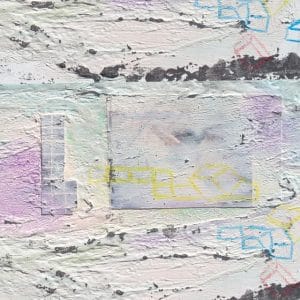 “With a family, you can’t ever say that it’s over. You just can’t. I’ve always said we’ve made Fleetwood Mac look like a children’s band,” Broken Social Scene’s convivial “semi leader” Kevin Drew said in 2011, in reference to the sprawling, splintering nature of the Toronto collective. Despite saying that you can’t, Drew became known in interviews for implying just that – and when, after nearly 18 months of touring in support of Forgiveness Rock Record and stepping on each other’s toes (sometimes literally given the sheer number of bodies crammed onto small stages), Broken Social Scene went on an indefinite hiatus, it looked like it might finally be curtains.

But, following some much needed time apart and a 2015 regrouping inspired by the “close to home” Paris terror attacks (“We have to get out there and play shows,” a profoundly moved Drew apparently said), Broken Social Scene are back with their original 15-strong lineup and fifth studio album, Hug Of Thunder.

Each of their releases since 2003 has had a watchword – You Forgot It In People (hope), Broken Social Scene (fear), Forgiveness Rock Record (er, forgiveness) – and the key term this time around is “unity”. It’s a word long synonymous with the band’s live show, where they line up along the stage, two banks deep, for deeply-felt performances that merge confusion and communion – a huge influence on a fledgling British Sea Power and, in turn, Arcade Fire. Whatever their incarnation or however successful the individual members have become (other projects include Feist, Do Make Say Think, Metric and Stars), they have always sought to connect with people through compassion and electricity: a hug of thunder, you might say. For Drew, getting the whole gang back together and being wholly collaborative was essential in reinforcing this idea: “We wrote from the ground up together, because that’s our message: we’re all still here and we’re all still friends.”

Short instrumental intro Sol Luna fades in gently, before giving way to Halfway Home – the band bursting in and hollering as one in trademark fashion: “You said we’re halfway home, you said ‘survival’.” A track about never giving up and being alive all the way up until the end, it features multiple breakdowns, each one seemingly designed to reintroduce a different aspect of their sound: the thick wall of guitars, piercing strings, horns, the male-female dynamic. It may not be the greatest song they’ve ever written, but as a comeback statement of intent it’s effective and achieves its “bring the celebration” goal.

“We’re indie rock that learned how to play our instruments, but didn’t forget how great it felt to play ’em like we didn’t,” band member Jason Collett said back in 2003, but, perhaps inevitably, this sense has been lost on their records over time. Hug Of Thunder continues the more song-orientated approach of Forgiveness Rock Record, but lacks the interesting production quirks that post-rock royalty John McEntire brought to that record. There are only hints of You Forgot It In People’s experimental, organic textures or the “meticulously unhinged” sonic pile-ons that drove producer David Newfield to breaking point on Broken Social Scene. Joe Chiccarelli (The White Stripes, The Shins, My Morning Jacket) is behind the desk here, and there’s something anachronistic, almost defiant about an indie band releasing such a robustly straight-ahead alt-rock album in 2017, devoid of an alternative R&B twist or newfound appreciation of ABBA (British Sea Power’s Let the Dancers Inherit The Party from earlier this year is a kindred spirit, but they’ve always been out of time).

The driving guitar and keyboards on Protest Song (surely a future single) display a strong New Order influence, as does the Peter Hook-like bass which appears three minutes into Please Take Me With You – a lovely, low-key number, which continues Halfway Home’s theme of fleeing to a better place. The wistful, acoustic Skyline quickens to a Keep The Car Running skip; Vanity Pail Kids is an awkward marriage of the genuinely exciting (Justin Peroff taking a thundering temper tantrum on the drums; skronks of sax; what sounds like a baby crying) and depressingly middling (chorus and new-wave synths straight out of a mediocre Metric track). Stay Happy – essentially a poor imitation of St Vincent – isn’t the best showcase for new member Ariel Engle, who also plays in AroarA alongside BSS guitarist Andrew Whiteman; far better is the spacey Gonna Get Better, Engle undercutting the comforting title by dolefully pointing out that things “can’t get worse”.

Traditionally, it’s been left to the Emily Haines-sung numbers to truly devastate, but it’s Leslie Feist’s title track that provides the emotional punch at the heart of this record. Over stark, post-punk backing, Feist flicks through her journal (“like a topography that is made from cartography of me”), reminiscing about a time when she followed a jeep-climbing boy and stopped him from committing a robbery. When a synth, lit up like a street lamp, appears and her voice rises on the affecting, killer chorus (“all along we’re gonna feel some numbness, oxymoron of our lives”), Feist’s initial concerns that the track is “less Broken and more me” are moot. “Certain times in our lives come to take up more space than others,” she muses; if it doesn’t soundtrack a scene on the forthcoming second series of Stranger Things then someone isn’t doing their job.

Towers And Masons is a terrific Drew moment – intriguingly off-kilter, with countless guitar and vocal textures, like something off You Forgot It In People – while closer Mouth Guards Of The Apocalypse also evokes their masterpiece: it builds elegantly (processed beats then an undulating bass part then golden guitars), as if each member is one by one joining the party, until they all finally crash in together, Kevin fighting to be heard over cavernous drums. “I want to kill all my friends, I want to grab them from the dark and show them their end,” he sings, desperate to shake his lapsed loved ones from a state of despondency and complacency. “Words of hope are a joke for the numb.”

It feels great to have them back with us, and their forthcoming live shows promise to be awesome, vital affairs. But it remains to be seen how many moments from Hug Of Thunder will make their way onto people’s Ultimate Broken Social Scene playlists in coming years. The thing with songs for now is that they’re not always songs for tomorrow.