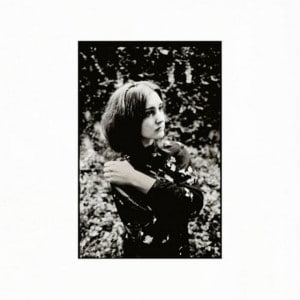 Taken at face value, the music of Majka Voss Romme can be a daunting proposition. It seems to be composed from a palette of unutterable darkness and pain – thudding, cavernous percussion intertwines with spectral piano chords and terse swathes of strings. However, if the listener adopts a more meditative mood when listening to Broken Twin, they can find a dichotomous, paradoxical light buried in the dark.

Broken Twin began her musical development by learning to play piano with her father – indicating that now, even at her relatively young age, Broken Twin isn’t a recent idea. The piano is still the main musical appendage attached to Majka’s thrilling voice over the course of this incredible album, and her splendid piano-playing is second only to her unbelievably well-crafted vocal melodies.

The music of May is often varied, but more often than not it finds solace within the confines of a bleak, wintry setting. The piano is central to the success of her bracing sound – take for example the opening track The Aching. The piano chords twinkle and glisten like ice – a fitting backdrop for Majka’s haunting vibrato. When a mournful string section breaks through the misty atmosphere, it adds an unnecessary but completely welcome depth to an otherwise subtly stirring number.

Glimpse Of A Time, which follows, peels back a few layers – a gentle acoustic-guitar follows Majka’s vocal line along a tight melodic track. It’s an elegant, warm moment of respite before the crushing Roam. The percussive thud that carries Roam is striking, and the sheer evocative force of the track is breathtaking.

River Raining is a bare ballad – there’s a pensive, pastoral element to the track that is immediately engaging. The track is so raw, so immediate – you can hear fingers sliding across strings to different chords, you can hear Majka’s voice so clearly you could realistically imagine she’s singing directly to you. It’s a tender, seductive moment on an album where much of the music deals with a frosty isolation.

If you manage to hold it together up until Soon After This, congratulations. But Soon After This will stir such a ghastly nostalgic feeling inside of you that it’s likely you won’t want to hear it again with any urgency. The heartbeat-percussion and mantra of “Do you care?” are a chilling combination – one sure to evoke a lost love or a hurtful time. It’s potent songwriting, no question.

Out of Air sounds immense, in the literal sense. Intense passages are built into the track, giving it an almost cinematic quality. These enormous intersections are always underpinned by simple piano tinkling – it immediately evokes big-name acts like Sigur Rós. In Dreams follows, and like its predecessor, it is positively thunderous – the track grows outwards, from a sedate opening to a riveting, booming coda.

No Darkness closes out the record in majestic fashion – the track seems to embody a complete distillation of the album that precedes it. It has the grand, rich sweep of a Nick Cave ballad, and a raw lyrical bent to match. It’s tracks like this that confirm the pre-release suspicions – we have a genius on our hands.

If you’re after a comparison, then surely Jeff Buckley will do? White Hinterland’s Baby came devilishly close to the burst-into-tears melodrama of Buckley’s Grace, but May’s raw, unabashed heartbreaker tendencies show a kinship with Buckley’s sound that is simply too gorgeous to deny.

If you’re hooked after one listen, wait till you’re about 10 listens deep before you really cast judgement. This release grows and grows in stature with each spin, especially the track Sun Has Gone, which lingers long after the final notes of the album have disappeared. Majka Voss Romme is a name for the future but she is also, scarily, making authentic, beautiful art right now at this earliest of stages in her career. May is a professional, measured and refined debut – and a near-perfect record. Majka now has the unenviable but insanely exciting task of following it.