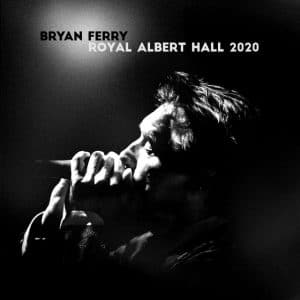 Bryan Ferry is unquestionably one of the finest songwriters – and certainly one of the most distinctive singers – of his era, perhaps of all time. Through his style, his voice, his neverending dalliance with the fashion world and his commitment to finding the ‘art’ in pop music, he has influenced generation after generation, either directly (Duran Duran, Japan, Pulp, The Psychedelic Furs, INXS, Scissor Sisters all carry identifiable Roxy Music DNA) or through cultural osmosis (David Bowie’s Berlin Trilogy certainly doesn’t happen without the first two Roxy Music albums).

Over the past year, especially with the pandemic and all, most people have given themselves a chance to really take stock of what their priorities are, entertainment-wise. For some, they will have found solace in baking, or in sewing, or in art, or in music, or in the fantastic television they otherwise would have missed. Those of us who turned mainly to music will have found much to enjoy about Bryan Ferry’s early pandemic release Live at the Royal Hall, 1974 (sometimes given the prefix Sympathy For The Devil, after one of the prominent cover songs).

An immersion in Bryan Ferry’s solo back catalogue reveals many gems in his discography, of which Live At The Royal Albert Hall, 1974 is just the latest. Whether you’re more a fan of Roxy Music’s raucous early phase, or the smooth and supple later era, Ferry’s discography has much to enjoy. If you’re more of a fan of the former, listen to the live album and 1977’s In Your Mind as a matter of urgency; and if you like your Ferry with sweetener, then off to Boys And Girls you go. Elsewhere you’ll great records (Another Time, Another Place, Bête Noire and Let’s Stick Together), good records (As Time Goes By, These Foolish Things and The Bride Stripped Bare), and some that are passable (the rest of them).

Yet before last year there was only one Bryan Ferry live album to enjoy. Now we have a third, with the release of Royal Albert Hall 2020. Despite any high expectations that you may have, it’s important to note that it’s a tricky one to give any kind of qualitative assessment of, especially when placed in direct opposition to the 1974 disc. It does, however, have an altruistic reason for existence: all proceeds from sales of the album go to Ferry’s band and crew.

While the earlier recording shows a frontman, bandleader and icon entering the first flushes of his prime years, here on the 2020 disc Ferry’s instrument has lost all of its original power; his diminished voice is frequently drowned out by backing vocals and slick, sumptuous instrumental performances. Yet his ability to charm remains largely undiminished. Where his voice is at its weakest (as on the breathless take of Country Life highlight Out Of The Blue), he actually manages to give a different kind of energy to the songs. Instead of the muscular, red-blooded approach he took on the 1974 release, here Ferry opts for the kind of velvety drawl The National‘s Matt Berninger uses to great effect – whether this is intentional or not is another story. On Pyjamarama he even sounds a little like Jarvis Cocker, which is a pleasant surprise.

Where his voice is strongest, as on Avalon and Dance Away, glimmers of the old magic shine through all of the luxurious instrumentation, and the effect is rather transportive. There are also pleasant run-throughs of Bob Dylan’s Don’t Think Twice, It’s Alright and Make You Feel My Love, and his own Limbo, The Bogus Man and You Can Dance. While this is hardly the best live document you’re ever likely to hear – it’s probably the least effective in Ferry’s discography, especially when Roxy Music live albums are included – it does successfully convey the mood and feel of a live show from one of the last remaining ’70s rock icons.

If there’s disappointment to be had in 2020 disc, it’s in the fact that this is a solid-gold, dream setlist, which doesn’t accommodate Ferry’s voice in the way that it might. Perhaps if more of the sedate songs from his catalogue had been selected, the album might have held more power. But in terms of enjoyment, this release more than validates its own existence – the songs themselves are undeniable, and the instrumental performances are flawless. This is recommended listening if you’re a fan or a completist, but proceed with caution if you’re not. You may still have a fantastic time.