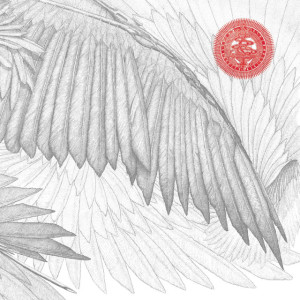 Kevin Martin has long been one of British music’s most interesting and creative characters. Through a varied two-decade plus career, Martin has consistently made excellent music across various genres. It’s his music under the persona of The Bug that has arguably been his most captivating. The Bug has a distinct ambience all of its own, with music that occupies its own bleak and murky world. Martin’s last record as The Bug, 2008’s London Zoo, was something of a concept album outlining societal degradation in an increasingly hopeless capital. Angels & Devils, his fourth The Bug album, expands further on these themes with an even more unremitting darkness coupled with some truly striking displays of aggression.

Like most of his work, Angels & Devils is a considered, perfectly thought out piece. The album is split into two halves, each with its own mood and tone representing the titular angels and devils. Ultimately though the feelings generated are the same – there is precious little light on this record, yet the sense of gloom, portent and anger make it a rivetingly compelling listen.

Martin constantly likes to play sonic tricks on the listener. The soft focus, throbbing beats seem simple yet an awful lot goes into these cavernous industrial tinged electronic sounds. Even the softest moments, like much of the first half of the album, retain an enveloping power. One of Martin’s tricks here is to begin the album with the soft, unsettlingly beautiful tracks that make up the angels side of the work. It begins with the shrouded echoing beats of Void, featuring the vocals of Liz Harris of Grouper. The rest of side A is deeply atmospheric, redolent of acts like Portishead in its dark and unforgiving mystery. Again, guests are frequently employed, such as Inga Copeland of Hype Williams on Rise and Miss Red, who delivers a welcome lighter tone on the superb Mi Lost, an undulating beat driven lope carried on her lilting voice. From here, things get even more portentous on the deathly organ cry of instrumental Pandi and the sedated slumber of Save Me featuring a spellbinding appearance by Gonjasufi.

The trick of splitting the album into two distinct sides works especially well as you are blasted with the welcome burst of energy of The One. Carried along on the fevered rhymes of Flowdan it’s an intensely thrilling and invigorating cut of industrial grime. Equally as striking is the war cry of Function, which features a bold horn sample, and a discombobulating feeling of dread heightened by a frenzied verse from Roll Deep’s Manga. The next track featuring Death Grips is typically strident and as aggressive as you would expect a Death Grips track called Fuck A Bitch to be. What’s really exciting though is the hollowed out sparse beats that accompany it. Fat Mac ramps up the sinister quality even further while there is a star vocal turn from Warrior Queen who almost steals the show on the dirty, dark dub of Fuck You.

The long awaited return by The Bug is certainly a difficult listen but it’s not impenetrable. Instead, it’s the sort of music that demands your attention and you can’t help but become enraptured by it. On a record of contradictions and contrasts it’s fitting that as a listener you may not strictly be enjoying it, you may be unsettled by it but you’re undoubtedly transfixed by it. A truly superb comeback.