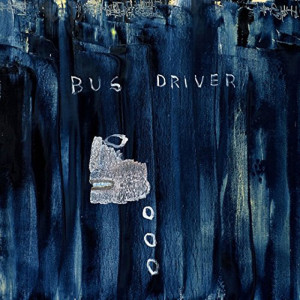 In May 2014, an infographic was released to show who had the widest vocabulary in hip hop. Aesop Rock had the most impressive lexicon, rapping 7,392 different words in his first 35,000 lyrics. DMX came last, with a poor 3,214 words. But if Busdriver was included on the list, he may have outdone Aesop.

There is a good range of producers on the album – and the sound is different to a lot of Busdriver’s older material. He’s ditched the classical motifs that featured on albums like Jheli Beam and Fear of A Black Tangeant and replaced those sounds with video game synths. His collaboration with electronic heads like Modeselecktor and Lapalux seemed to have helped inspire the sound of the record.

Brainfeeder’s Mono/Poly, producer and rapper Jeremiah Jae and Great Dane each add their own dimension to the album, but it is ‘driver’s own production that shines the most. An example of this is on Motion Lines, a thoughtful love song accompanied sweet fuzzy keyboards and slowed down g-funk synths – this, when paired with Busdriver’s inane singing, is one of the best bits of the record.

Busdriver’s odd singing often overshadows things – and not always in a good way. Upsweep starts off as one of the strongest-sounding tracks on the album, but as soon as he gets to into the singing, things fall out of place. Busdriver’s music is of an acquired taste, that’s for sure. You can tell he has a good ear for a melody, it just would be great if he got some proper singers to sing the choruses for him. Without them, his hooks often sound weak and messy.

King Cookie Faced (For Her) has a few hilarious lines. “The border agency say I’m shady when I’m cranky though. Exes think I’m dating hoes, I’m buying baby clothes. My lady got me gone off that cuppa tea.” Fairy synths, trap beats and Facebook messenger fuel the instrumental. The change of tempo in the dreamy sounding Bliss Point sounds like something that could have set nicely on Outkast’s The Love Below. Can’t You Tell I’m A Sociopath wins the award for best song title on the album. It is musically engaging too, with its Hudson Mohawke style horns and electric breakbeat.

Eat Rich has some of the simplest production on the record, but that doesn’t stop it from working well. The wonky bass line and silly synth sounds like the kind of track MF Doom would rap over. “I’m so hungry man, that I can eat the rich,” he says on the catchy chorus.

Although this album is at times a difficult listen, you can’t help but admire Busdriver for his innovation and general wackiness. The production keeps you engaged throughout and the lyrics, as ever, are amazing, unpredictable and cover a wide range of different topics. It is unlikely that Busdriver will garner many new fans with this record, but it will definitely keep his loyal followers more than happy. Busdriver’s status is cult, but he likes it that way: he goes the extra mile to ensure that you are never feel shortchanged of weirdness and eccentricity.