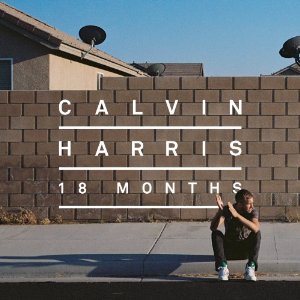 Calvin Harris’ second release Ready For The Weekend came out in 2009. Three years on and this space of time has made all the difference, particularly his world chart destroying team up with Rihanna.

Calvin’s 18 Months was unleashed on the music scene way back in 2011 with the release of the instrumental track Awooga and lead single Bounce (featuring Kelis). The latter was a smash hit both in Europe and in Australia, but failed to make wakes on the US market. That was until Rihanna was added to the fold. The track We Found Love managed to hit the top spot in over two dozen charts and Calvin now found himself being hired left right and centre to produce tracks for the likes of Mary J Blige and Scissor Sisters. He just happened to be recording his new album at the time so every part of the jigsaw fell nicely into place, allowing him to cash in on his new acquaintances. Equipped with such a diverse team of collaborators he has been able to hone in on all manner of sentiments on 18 Months such as failing relationships (Bounce), irresistible yearning (I Need Your Love), enjoying each day for what it is (Let’s Go). The same can be said for the sounds at play on the record with Harris adeptly advocating hip-hop, disco, funk and dubstep.

Many would be inclined to think that Calvin has sold himself out to produce for A listers but, truth be told, 18 Months actually finds Calvin expanding and reinventing his sound. Having said this, 18 Months fails to find constancy with the few tracks that have not been released as singles failing to reach the mark set by the likes of We Found Love. At least Calvin realized the need to keep well clear of recording 14 rehashes of said single. This is not to say the album lacks other highlights. I Need Your Love is a beautiful collaboration with Ellie Goulding which can be found on her album, Halcyon, as a bonus track. This is a stunning bleeptastic electronica track and if this is anything to go by Ellie should definitely take a leaf out of Calvin’s book for future releases.

Other highlights include the funky ’70s instrumental track School, and team ups with Example on We’ll Be Coming Back and Florence Welch on Sweet Nothing. It’s apparent on these tracks that Calvin knows how to keep his music well away from the dirge we too often find in today’s charts. This is even true on some of the more derivative tracks to be found on the album. A fine example is the Daft Punk-esque dubstepping Iron (co-produced by Nick Romero). Despite treading on familiar territory Calvin manages to bring plenty of melody amidst the erratic synthesizers to prevent the track from falling flat.

In short, 18 Months neatly packs Calvin’s hits from the last year and a half into a solid playlist. It’s a sigh of relief to see him doing his utmost to avoid the trap that most fall into when in his position – spreading themselves way too thin. It’s strange and in a way disappointing that each of Calvin’s albums leave less and less of a trace of Adam Wiles and that we have to judge him based on the guests he chooses. Having said that, although Calvin’s vocals will be sorely missed by many, his production skills are what speak for themselves here. So maybe there are no tracks here that really shout out “daring to be different” but then again he doesn’t really need to go down the post-modernism route when his contemporary peers are just a phone call away to help him to the top of the charts.