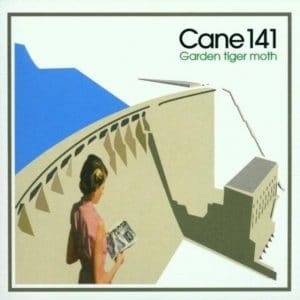 This first release from Decor Records (we assume, as we have no press release to say otherwise) is from some Galway chaps collectively known as Cane 141.

Comparisons with Kraftwerk or Ladytron would be more appropriate for the most part when discussing instrumentation than tired parallels with Tim Buckley or Nick Drake – at least for some of the songs on Garden Tiger Moth. The remainder of the album is acoustic, and just as you’ve gotten used to it not being so. A surprise a minute, then.

The opener, Eager Boy Comics, is full of analogue synth and 7th chords over something that sounds like a synthesised saw with lounge wind instruments parping, engendering memories of the soundtrack One Flew Over The Cuckoos’ Nest – both the Chief’s escape and Nurse Ratched’s daily therapy sessions. And…. you can dance to it!

The second track, Grand Lunar, is even more of a surprise, for here is a sensuous lead vocal laid over music featuring instantly memorable chords played on an organ and live drums. Analogue effects dominate to great effect – and this is really rather fab – even when a trumpet turns up!

In The Sky is a more sedate offering, while Photocredit One and Photocredit Two would not sound out of place on Damon Albarn‘s Greatest Hits, all ancient drum machines, sleepy vocals and carnivalesque keyboards. New Day Parade starts out sounding like a marriage of the acoustic guitars of Radiohead‘s Creep and Brian‘s melody for Turn Your Lights On and roughly finishes in the same vein. The Party is Enrico Morricone territory – fantastic cowboy country landscapes and Spanish bullfights are brought to mind by the beat and that trumpet again. Scene from 6am is Tram territory, but is instantly contrasted by Me & Michael’s effects, which are more Bis than anything since… well, Bis. The Look Out Kid is as spectacular a finish as you’ll ever get to an album – and it emphasises that the production of the record is as talent-laden as the songwriting and performance.

Overall, the album manages to make analogue keyboards combined with acoustic guitars sound like they represent emotion. This is something even the best 1990s bands using such equipment usually couldn’t manage – they’d instead sound like they were using keyboards because they were trendy, but would really rather get back to guitars fast. A verdict, then? Sumptuous vocals, great arrangements, imaginitive instrumentation and effects, honed to perfection. More, please.