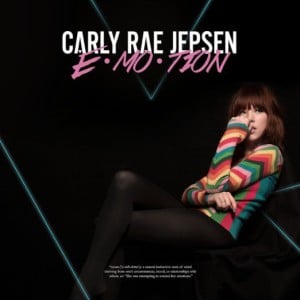 Something happened in July: a seismic shaking-up of the natural order of things. While the tremors may not have troubled the streamer or supermarket shopper, it was an event horizon for anyone who ever wished away significant portions of their life by knowing on which particular Mondays new albums were scheduled to be released.

That thing was “New Music Fridays”, a global accord struck by the recording industry to release music on a Friday, to combat the supposed scenario where listener A buys and uploads album B for impatient listener C, unwilling to wait a few days more. (All very well if you choose to ignore the high probability that A and C both downloaded B when it leaked months before.) Records are released simultaneously, fans queue in their droves to buy them, music industry is saved.

Unfortunately, whether or not this works in the long run, it doesn’t explain the fate of Emotion, which finally limped out in the UK this week – a month after its Stateside release and almost three months after Japan – and is currently hovering around Number 15 in the midweek chart, the keenest fans almost certainly having heard it some time ago. This won’t be the reception that Carly Rae Jepsen, yet to match the stratospheric success of the insanely catchy, 18 million-selling Call Me Maybe (whose swiftly recorded parent album Kiss has scraped around one million to date) will have hoped for. Nor will it be the reception it deserves: Emotion is as fun and super-smart a slice of pure retro-futuristic pop pleasure as you’ll hear this year.

From the echoing Blade Runner saxophone that introduces the euphoric, yearning Run Away With Me and the gated drums of Your Type to the twinkling keys and slap bass of All That (a self-conscious slow-dance in search of a school disco), it’s immediately obvious that we’re in the 1980s here. Not the icy minimalism of the immediate post-punk period, but big, slick, production-line POP. There are synth stabs and snare rolls worthy of prime Stock, Aitken and Waterman in Making The Most Of The Night (which also features one of the album’s plentiful supply of truly excellent bridges) and the superb When I Needed You is one of the best ’80s Madonna songs you’ll hear. Only the candy floss-lite Let’s Get Lost and LA Hallucinations misfire slightly, the latter not living up to its potentially more interesting title.

It’s not all what LCD Soundsystem called “borrowed nostalgia for the unremembered eighties” though: Jepsen has worked with an impressive army of contemporary co-writers and producers, including Dev Hynes (Blood Orange, the improbably-named Test Icicles) and Vampire Weekend’s Rostam Batmanglij. It’s Hynes who adds leftfield R&B touches to All That, while Batmanglij brings the off-kilter noise to Warm Blood, with de rigueur pitched down vocals (as employed by his own band’s Diane Young) and a touch of the Bachian keyboard motif from Cape Cod Kwassa Kwassa.

Elsewhere, the syncopated stabs and deep bass of the title track and the boom-clap of the excellent power ballad-gone-club tune Gimmie Love bring us up to date, along with lyrical swipes at “Buzzfeed buzzards and TMZ crows”. These are rare deviations from the central themes of romantic entanglements and love unrequited, a preoccupation Jepsen sends up on the infectious Sia co-write Boy Problems, debating whether to lose the BF or the BFF who’s sick of hearing about him.

While it might be preferable to discuss ’80s-inflected pop as canny as this without mentioning the indomitable Taylor Swift, 1989 is the elephant in the room here, and it’s wearing legwarmers. But Emotion succeeds on its own terms, arguably remaining truer to the spirit of the era, not to mention Jepsen’s stated aim of taking the time to craft an album rather than rushing to cash in on a YouTube sensation. A great pop album is just that, whenever it’s released; be it a Monday, a Tuesday or 1987.