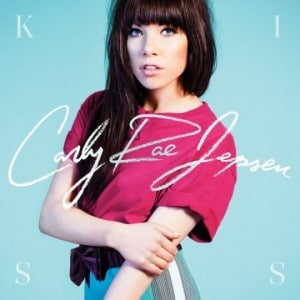 Ah, Carly Rae Jepsen. By now, Call Me Maybe has drilled itself deep into the minds of many, popping up to delight and irritate us in equal doses. So huge has the 5x platinum selling single become that a plethora of viral videos have hit YouTube featuring military and naval personnel lip-syncing to the track, catching well over a million viewers each.

Quite simply, Call Me Maybe is a phenomenon, all down to the championing of the track on Twitter by one Mr Justin Bieber, whose manager’s label Schoolboy Jepsen’s music appears on. However, it has left an open question – can Bieber’s chum follow up such a catchy poptastic single with an equally catchy, earwormy album?

In a word, no. Jepsen’s album aims itself (rather unsurprisingly) at the preteen Bieber brigade, with little musical value or substance in what could have been an albeit rather guiltily enjoyable pop foray. It’s easy enough to let Mr Bieber off with pandering to the kiddie crowd – it’s his age group after all. Jepsen on the other hand is in her late 20s, so should know better. She has released two previous albums. But into the parental wallet she dips, grabs and sucks dry, leaving said parents of preteens to deal with the screech of the squeaky, squeaky, squeaky clean pop held within.

Onward to the tracks themselves. Opener Tiny Little Bows has no chorus, no melodic hook, nothing. It’s lame. Also, the lyric makes no sense – it seems like a case of the song title being written before the song itself, and then being shoehorned in with no relevance to anything. This Kiss also suffers from the unchorus issue. It’s perfectly bland and unmemorable, going by without leaving a single impression. Yet we then have Call Me Maybe, which is by far the best track on the album. It’s the very definition of a good old guilty pleasure pop song.

But fourth track Curiosity is yet another beige effort, suffering from an awkward key change toward the end. Good Time, Jepsen’s duet with Owl City, is one of the worst songs of the year. It sounds very much like a particularly poor Steps track, with the hideous vocal effects of Owl City taking centre stage in this hot mess. And More Than A Memory isn’t going to even leave a memory; it’s fully deserving of such bad punning. Turn Me Up is Eric Prydz‘s Call On Me without the body thong. Listen to the two side by side and hark at the similarity. It’s uncanny.

It’s only track 8, but getting to Hurt So Good feels like a veritable marathon. As with every track preceding it, we just have another poor attempt at recreating Call Me Maybe. But then Bieber makes his appearance on Beautiful. A genuine relief from the monotonous synth-pop of the past eight tracks, Bieber gives a far more impassioned vocal delivery than Jepsen, though both suffer from the acoustic nature of the track revealing the extent of their auto-tuning.

Tonight I’m Getting Over You is, conversely, really good – Jepsen sounds great on it, finally giving a bit of personality to her performance on what sounds like her take on Robyn‘s Dancing On My Own. And then Guitar String/Wedding Ring starts off okay, but the chorus has such horrible lyrics that it’s simply unforgivable.

Closing track Your Heart Is A Muscle doesn’t improve things; again there are embarrassing lyrics – “You say love’s a fragile thing, made of glass, but I think your heart is a muscle”. Well no, Carly, you don’t think that his heart is a muscle. It is a muscle. That’s just biology, not a clever anti-metaphor.

To summarise, Kiss is a huge disappointment. It could have been a real gem for fans of guilty pleasure pop, but even Taylor Swift comes across as dark and edgy compared to the squeak of this overproduced laziness. Perhaps the global impact of the massive Call Me Maybe is what makes the album as a whole feel like a damp squib, but with or without US Marine parody videos, the rest of the album fizzles out into synth-pop oblivion.