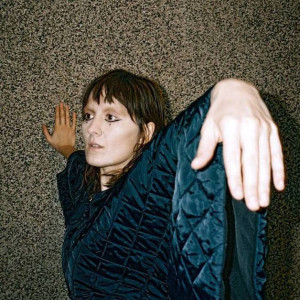 There must be something in the air in South Wales. Perhaps it’s the lingering influence of the legendary Merlin, who dwelt in these parts many centuries ago, but perhaps more than any other part of the UK, this region of valleys, rugby fanatics and male voice choirs has also produced a steady stream of delightfully quirky, gently psychedelic folk pop acts. From established names like Super Furry Animals and Gorky’s Zygotic Mynci to more recent additions such as Meilyr Jones, this chunk of the principality has consistently punched above its weight by conjuring up some of the most inventive, atmospheric and melodically rich music of the past couple of decades.

Cate Le Bon, born in rural Carmarthenshire as Cate Timothy and therefore not related to a certain Duran Duran front man, has her roots very much in this scene, starting out supporting lead Super Furry Animal Gruff Rhys on his 2007 tour and working with members of Gorky’s Zygotic Mynci and Meilyr Jones. After two low key album releases at home, Le Bon relocated to Los Angeles in 2013 to try and develop her career there and her next release, Mug Museum, was more certainly more polished than her previous efforts, while retaining her idiosyncratic lyrics and understated yet confident songs that go off in unusual directions.

In the trailer for her new record Crab Day (which can be viewed online), Le Bon alternates screen time with a series of performance artists of various shapes and sizes in a bizarre range of costumes. Like her music, it’s intriguing yet strangely impenetrable. Once again recorded in California, Crab Day kicks off with the title track, which combines her trademark spiky garage guitar and stentorian, Nico-like croon but also has some of her expected off kilter touches, in this case a wonky bar room piano. Love Is Not Love is a much more whimsical, Gorky’s-like mellifluous folky ballad, with Le Bon chanting sweetly “sing my name again love”, but Wonderful ups the tempo again with its scratchy riff, skittering xylophone and angular, staccato vocal. Find Me is simultaneously childlike and rather sinister, with strange, unsettling lyrics such as “sticking like a bolt/swollen in the sand dunes of my mouth”.

It’s a strong start, but over an entire album, Crab Day’s wilful eccentricity and awkward rhythms do start to jar a little, in particular on the ambitious, seven minute plus closing track What’s Not Mine, which brings the record to a disappointingly meandering conclusion with an extended, rather shapeless instrumental jam. We Might Revolve is another low point with its lack of melody and aggressive atonality.

Yet it would be wrong to be too critical of Le Bon. The Velvet Underground had their own avant garde Welsh innovator in John Cale and Crab Day is cut from similar cloth to that band’s seminal work, yet with its own distinct flavour. When Le Bon gets the balance right – for example on How Do You Know, with its blurry horn riff, unexpected tempo changes and even the subtle sound of an alarm clock going off – she is undoubtedly one of the most interesting, original singer-songwriters out there. She over-eggs the pudding occasionally, but that’s a small price to pay for adventure.