Catherine Anne Davies & Bernard Butler – In Memory Of My Feelings 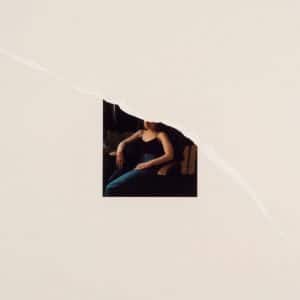 As the old adage puts it, the best things are worth waiting for. When it comes to In Memory Of My Feelings, that wait has stretched to six long years.

Catherine Anne Davies has been recording music under the name The Anchoress since 2013, and has collaborated and toured with the likes of Simple Minds, Paul Draper and Manic Street Preachers (it’s Davies who duets with James Dean Bradfield on the Manics song Dylan & Caitlin). Bernard Butler, of course, is the former Suede guitarist turned producer extraordinaire, and when he first met Davies just over 10 years ago, the pair started to write some songs together.

And then… silence. The vast majority of the songs that the pair completed were recorded by 2014, but after a succession of knock-backs from various record companies, the album seemed destined to remain on the shelves. It was only when broadcaster and journalist Pete Paphides set up his own label Needle Mythology that the project was revived, and In Memory Of My Feelings has now become the label’s first official release.

It will come as no surprise to anyone familiar with both Davies and Butler’s previous works that this particular meeting of minds feels like a totally natural fit. Butler’s guitar riffs haven’t sounded this fiery since the early days of Suede, and Davies’ songs are intense, passionate and timeless. It’s no exaggeration to say that the musical chemistry that the duo produce on this album comes close to alchemy.

It begins with The Breakdown, a deceptively downbeat and sparse opener, but it’s when the unmistakeable Butler riffs kick off Ten Good Reasons that the album really lifts off. There’s a controlled rage pulsing through this and the following Sabotage (Looks So Easy) that really grabs the listener by the scruff of the neck from the opening notes.

There’s also some wonderful musical arrangements to be heard throughout the record – the title track has some gloriously swooping melodies and sudden time changes, while the gorgeous I Know, one of the best tracks on the album, has a vintage, soulful feel to it that recalls Butler’s work on Duffy‘s debut album. Davies’ voice is at its very best here, while Butler’s aching guitar almost acts as the backing vocals to her.

There’s a touch of Du Blonde to the earthy swagger of Judas, while the duo prove equally adept at pulling on the heartstrings in The Patron Saint Of Lost Causes, the sort of song that’s perfect to sit and wallow in when feeling particularly sorry for yourself. There’s also a sweeping string section to the latter which is reminiscent of Davies’ old friends Manic Street Preachers.

Whether we’ll ever see another Davies/Butler collaboration is unclear at the moment (although a new Anchoress album is due in the not too distant future). If this is to be the sole result of that partnership, both parties can rest assured that they’ve produced one of the very best albums of the year, despite the long gestation period.