Celeste – Not Your Muse 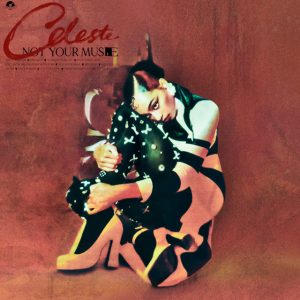 The BBC’s Sound Of poll has, with a couple of honourable exceptions, been pretty successful at anointing the next big thing in music. Previous winners have included Ellie Goulding, HAIM, Michael Kiwanuka and a certain singer from south London called Adele. At the start of last year, it was announced that Celeste was the winner of the Sound of 2020 and it seemed a foregone conclusion that she would follow in her predecessors’ illustrious footsteps.

Of course, it turned out that the actual Sound of 2020 was an anguished scream echoing for all eternity across an increasingly bleak hellscape as the Covid-19 pandemic took over all our lives. It’s now a New Year though and (kind of) a new start, and the time sees right for Celeste Waite’s debut album to be introduced to the world. There’s been a slow, deliberate build up to Not My Muse’s release, with Waite becoming an increasingly familiar voice as the lockdown months ticked on.

Whether it be a Sky Sports ident or the inevitable John Lewis Christmas advert, it’s more than likely you’ve heard Celeste’s voice, even if you’ve been unaware of who she is. For Celeste has quite the voice – similar to Adele, it’s the sort of vocal that can sound earth-shakingly powerful at one minute and then heartbroken and fragile then next.

The comparisons to Adele don’t end there. In fact, Not My Muse has many similarities to her contemporary’s debut album, 19. Big anthemic stompers like Stop This Flame sit neatly next to acoustic ballads, which can sometimes be just Celeste accompanied by an acoustic guitar, such as the opening arresting track Ideal Woman. And, like Adele, although she’s equally adept at both styles, it’s the downcast delivery of the more downtempo tracks that really stick in the end.

Strange is a good example of the latter, a lovelorn ode to loss and how people can quickly transition from “strangers to friends, friends into lovers, and strangers again”. The subtle string section accentuates Celeste’s voice and makes it perfect, wistful last night listening. A Little Love (the soundtrack to that John Lewis/Waitrose advert) may not have the edge of some of the other tracks on the album, but it’s the perfect vehicle to advertise that impressive voice.

The more up-tempo tracks work equally well – football fans will be very familiar with Stop This Flame as it’s been used by Sky Sports to advertise their football coverage this season, but the full version has an infectiously euphoric quality to it. As soon as the Nina Simone-sampling piano riff kicks in, it grabs the attention and doesn’t let go. Tonight Tonight is in a similar vein, an infectious disco number which draws comparison with the best of Dua Lipa‘s more recent material.

The musical resemblances to Adele may mean that some people think Not My Muse is too derivative and safe, but there’s an energy and effervescence about much of the album which means it will be on repeat play for many people this year. Little touches like the Mark Ronson-esque brass on Love Is Back or the swooping, spine-tingling vocal delivery on The Promise are what lifts Not My Muse up another level – it’s not the sort of record you look to for big surprises or revolutionary moments, but if you’re looking for an excellent pop-soul record from an artist who’s going to be around for years to come, you can’t go wrong.

More on Celeste
Celeste – Not Your Muse