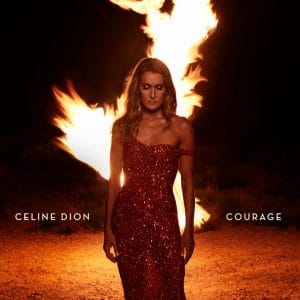 Celine Dion is something of an iconic enigma. Her humble-beginnings-to-fairytale-riches arc underpins her tremendous – and tremendously lauded – vocal talent and her often ignored versatility as an artist. Although MOR types will lap up her epic ballads, she has also charted various other creative waters.

Her influences are soft-rock, gospel, R&B and classical and usually every album has a couple of little surprises, like the ethereal Tori Amos-esque Refuse To Dance and the R&B pop banger Misled on The Colour Of My Love, or the superb indie-lite Ten Days and the key-shifting Rain, Tax (It’s Inevitable) on A New Day Has Come.

Dion has released 26 studio albums in her career to date – 15 in French, including the beautiful crossover D’Eux. Her viability as an international pop artist was cemented with her debut album in English, Unison, that featured her first single to chart internationally, Where Does My Heart Beat Now, a soft-rock mid-tempo ballad that would form her hugely successful blueprint of terrific vocal storytelling. The rest is history: immensely successful singles and albums, star-studded duets and super-star status, although interspersing her English language albums with edgier and more critically received French albums has been a canny way of grounding Dion and also abrogating her mistaken image as a diva, 16-year Las Vegas residency aside.

But the past few years have been marked by personal heartbreak and tragedy for Dion. New album Courage’s cover has Dion walking away forlornly from a fire, and you get the sense that she has been wounded, yet is reslient. Her first English language record in five years, it kicks off with the soaring leftfield EDM banger Flying On My Own and infers it may be full of surprises; this is certainly the freshest that Dion has sounded in a long time. At 16 tracks long (the deluxe version stretches to 20) it would seem that Dion certainly has a lot to process. Collaborators on the album include Greg Kurstin, Jörgen Elofsson, Eg White, Sia and David Guetta to name but a handful, but the themes are coherent: inner strength, courage and self-reflection. An empowered and contemporary sound underpins the powerful Guetta and Giorgio Tuinfort produced Lying Down, with lyrical aid from Sia. The shimmering and poignant Imperfections is the most pop and contemporary Dion has been for years – think Sam Smith vs Dua Lipa and you’re nearly there. And Heart Of Glass is a soaring stomper.

There are some mild deviations from the norm, as The Chase starts off all Bleeding Love then weaves into an exquisite and sweeping country-lite mid-tempo ballad. The full-on Burt Baccharach vibe of How Did You Get Here? evokes the blindsinding orchestral retro pop of Don’t from the latest Sheryl Crow album Threads. There is stunning gospel in I Will Be Stronger, Nobody’s Watching is a clever, bird-flipping swipe at the media and our black mirror society, and Lovers Never Die is a retro Bond theme wannabe.

Unsurprisingly, the album truly soars in the intimate, sparsely produced moments. The title track is an honest and cathartic depiction of grief and its vulnerable mindscape. Dion’s vocal is so nuanced and bittersweet that her fragility is truly palpable and jarring. Perfect Goodbye is a powerful and almost celestial ode featuring a muted, ethereal vocal. The touching torch-song Say Yes is gorgeous and the Sam Smith penned ballad For The Lover That I Lost is scant, yet captivating.

The album closes with the mighty The Hard Way with an unbridled vocal, and a sublime gospel section in the middle-eight and is a touching treatment of how to find light after darkness. All in, Courage marks an impressive return.