The Chemical Brothers – Born In The Echoes 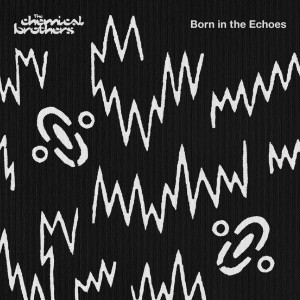 How do The Chemical Brothers do it? Though they have long since passed into dance music’s hall of fame, they are still known primarily as a singles band, building an arsenal of killer tracks big enough to suggest they might even headline Glastonbury’s Pyramid Stage one day, rather than the Other Stage they destroyed comprehensively on the festival’s closing night.

This is their eighth artist album, 20 years on from Exit Planet Dust – and it does prove surprisingly difficult to name the other six. In that time though they have consistently delivered high octane dancefloor rushes, maintaining high standards and proving their flexibility with a swathe of high profile collaborations.

Born In The Echoes sees no reason to change either of those formulas, and there is a satisfying body of clattering percussion here, but Ed Simons and Tom Rowlands commendably refuse to rest on their laurels, honing their sound still further. If anything they are now turning the beat around to face their music of the mid-’90s. Lead single Go isn’t a million miles removed from Leave Home in the groove of its verse, with Q-Tip on fine form, but its killer stroke is to cut loose thrillingly in the wild and wonderful chorus. “No time to rest” indeed!

EML Ritual is where the album takes leave of its senses, in similar fashion to Under The Influence from second album Surrender. Its disorientating vocal jumps around the stereo picture, Ali Love’s monotone complaint “don’t know what to do I’m going to lost my mind” aping Dave Gahan and becoming an unsettling tag line. Similarly chilling is St Vincent’s guest turn on Under Neon Lights, at times post-Blondie, then with breathy layered vocals, but ultimately cut up and thrown around the studio with icy vocals. Meanwhile the rolling drums of I’ll See You There are vintage Chemical Brothers, getting us back on more solid ground.

The softer underbelly of the band is growing though, and makes its relatively understated presence felt towards the end of the album. Reflexion has a really nice woozy feel to it, while Radiate is a gorgeous piece of harmonising, a deeply felt come-down tune with vocals from Tom Rowlands himself. Wrapping up proceedings is Wide Open, featuring Beck, with the third blissful vocal in three.

Born In The Echoes does not reveal anything startlingly new about The Chemical Brothers, but it is more than them simply ticking over, and clearly they have an eye on the future. But then why would we want them to change too much? They’re one of dance music’s national treasures, throwing some of the biggest parties on these and many other shores – and this eighth album has just made their playlist that bit sharper.